Breaking Down The Borders Between People 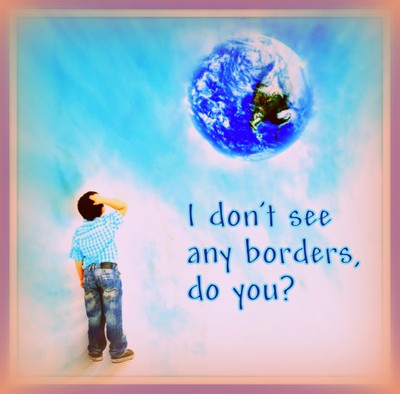 The completer the cooperation, the greater the vitality; the more imperfect the cooperation, the less the vitality. Now, a body, the various parts of which are so interdependent that without coordination vitality is reduced or death ensues, must be regarded, in so far as the functions in question are concerned, not as a collection of rival organisms, but as one. This is in accord with what we know of the character of living organisms in their conflict with environment.”

If We Learn The Depths Of Our Interdependence And Embed In It The Power Of Cooperation, Could We Steer Towards A Brighter Future?

“The higher the organism, the greater the elaboration and interdependence of its part, the greater the need for coordination. If we take this as the reading of the biological law, the whole thing becomes plain; man’s irresistible drift away from conflict and towards cooperation is but the completer adaptation of the organism (man) to its environment (the planet, wild nature), resulting in a more intense vitality.

Man’s general way of thinking of the totality, i.e. his general world view, is crucial for overall order of the human mind itself. If he thinks of the totality as constituted of independent fragments, then that is how his mind will tend to operate,

but if he can include everything coherently and harmoniously in an overall whole that is undivided, unbroken and without border (for every border is a division or break), then his mind will tend to move in a similar way, and from this will flow an orderly action within the whole.”