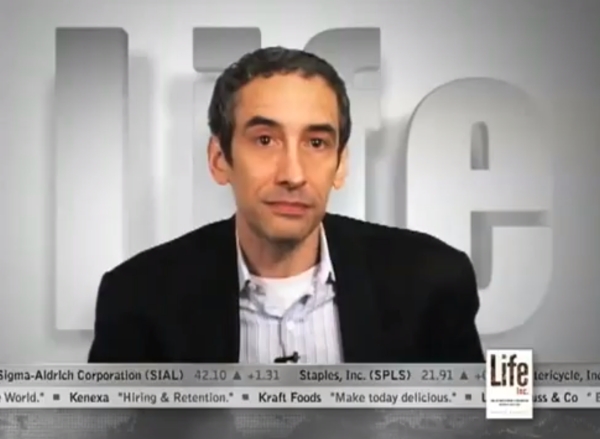 This isn’t just a crisis, it’s actually an opportunity, this is probably the first moment in the last couple of hundred years that we’ve had, to rebuild our society and our economy on principles that serve humanity, instead of killing life.”

We Have Become Disconnected From One Another

Douglas Rushkoff, an American media theorist, writer, columnist, lecturer, documentarian and graphic novelist, in the short film Life Inc., tells a story about what inspired him to research the American culture of disconnection:

I got mugged on Christmas eve, and I went up to my apartment and immediately posted on our local parents list the street I had gotten mugged on and when it happened, and I got two e-mails back within the hour, not from people concerned about me asking ‘Oh are you okay after you got mugged?’ but complaining that I had posted the exact spot where the mugging had taken place, because what I had done might adversely affect their property values.

We’re Still Playing By The Rules Of The Past

People are accepting the ground rules of our society as given circumstances and walking around utterly unaware of the fact that these rules were written by people at a very specific moment in history with a very specific agenda in mind.”

Rushkoff tracks it all back to the Renaissance, during which monarchs decided they were going to monopolize all the value people were creating, throughout Western Europe. So instead of letting people make and create, they created charted corporations. It was a centralization of power that continued right to our own time, says Rushkoff.

He continues to the industrial age which was

really about perpetuating this dehumanizing trend … disconnecting human beings from their own labor, from their own consumption and from their own pleasure. The society that we built for the industrial age was built to mythologize the mass produced object, because we needed to create a society of consumers who thought that buying all of this stuff would somehow make them happier.”

Can You Be Happy Isolated From Others?

Rushkoff describes the process of individualization he and his family had gone through, in which the fun and spirit of community was taken away.

In America in particular we promoted the cult of the individual as the path to real happiness- that I’m going to be happy by making myself happy, when really is this whole notion of a self that’s going to be happy somehow in isolation from other selves real?

Most of us spend so much time working and consuming, that we have very little time and energy left to do anything that has to do with other people … and the more we behave as individual actors in competition with one another, the harder it is to encounter one another in a friendly way.”

Rushkoff’s Suggestion For Dealing With Disconnection: Invest In One Another

Rushkoff’s suggestion is for people to start to invest in one another and see the return in their investment in the place they actually live.

I made friends with a guy John who has a restaurant named ‘Comfort,’ and he started an expansion but couldn’t get money from the bank to finish it. So we came up with the idea for him to develop something called ‘comfort dollars,’ where for $100 you could get 120 ‘comfort dollars’ to spend at his restaurant. You get a 20% return on your investment, and he gets the money he needs to expand his restaurant cheaper than he can get it from the bank.

This is the kind of thing that people can do anywhere – to start investing in one another, with one another, and make their talents better, actually earn returns that you’re not going to get from your Smith Barney broker, I promise you that, and see the return on your investment in the place you actually live. That’s not hard to do.” 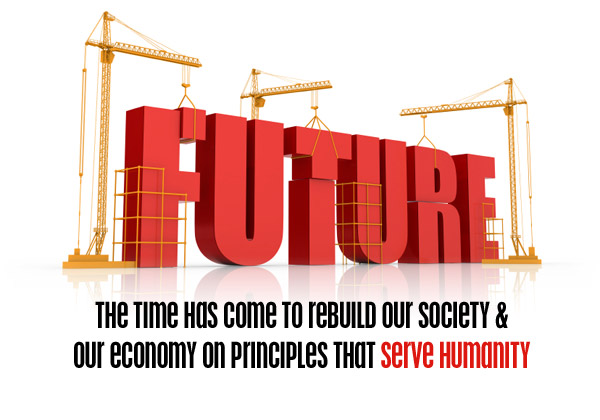