If You Pay Attention, You Might Just See How Interconnected You Are 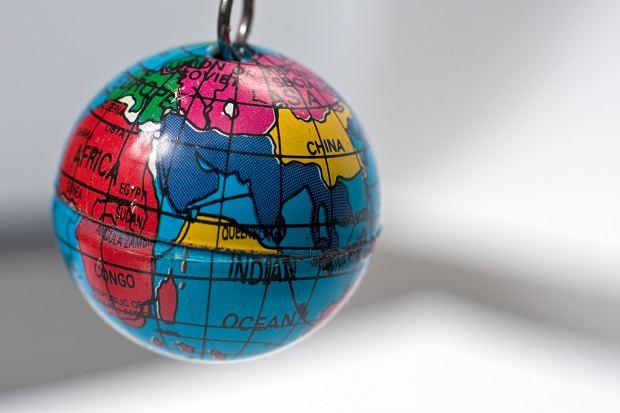 “Ahh, time for rest,” George said, lying down on his side of the bed. “Well, goodnight.” “Goodnight,” Sarah said. They turned off their matching bedside lamps. A moment passed. “Do you ever think about how interconnected we are?” she said. “Have you been waiting to ask me that?” “It just came to me.” “Did I do something wrong?” “No. Just-” “You know, that’s a helluva thing to ask when I’m about to fall asleep.” “Is it?” “Yeah, well, I think so.”

“Maybe I don’t want to meet them. You ever think about that?” “I don’t know,” Sarah said, a broad smile forming. “I think I’d like to meet them.” “They’d probably ask me for money. That’d just be my luck. ‘Connected? Really? Gee in that case how about giving me some dough?’ No thank you.” “But that’s just the thing George. Whether we meet them or not we’re still connected. Somehow, someway, we’re all connected together. You should really think about it sometime.” “Why? What for?” “Because if we’re all connected it means we’re all interdependent too. And that means…”

“Well don’t just leave me hanging in suspense. What’s it mean?” “It means that we rely on each other.” “I’m turning the light off now,” George said. “We rely on them, and they rely on us.” “Alright, you can believe what you want.” “But it’s not belief. All you have to do is pay attention.” “Then how come this is the first time I’ve heard you utter a peep about it?” “Cause I just started paying attention.” “Alright, alright. I’ll pay attention. Now can I go to sleep?” “Promise?” “I just said I would didn’t I?” “Yes, OK. Goodnight.” “I only say goodnight once in a night. You already got yours.”

The time was half past seven. In his Swedish bed with sheets from Michigan, pillows from England, and blankets from Italy, George awoke. Down from his bed onto the wooden floor manufactured in Portland, assembled from lumber cut in Japan, he carried out his daily routine.

Step 1: Turn on shower facet made in Taiwan. Let run.

Step 4: Drink Columbian coffee. Eat breakfast made by Sarah from Pakistan consisting of eggs from Los Angeles, bacon from Chicago, English muffin (called an American muffin in the UK) from Columbus, and a glass of orange juice from Brazil.

Step 5: Grab briefcase made in Holland, kiss Los Angeles born kids Samantha and Patrick made from Sarah and George, grab phone made in China involving nine companies located in four countries, and drive to work in automobile produced in South Africa made from parts from Germany and Austria.

“What was that she said?” George thought. “Oh yeah. Something about being interconnected and interdependent. To pay attention.” He was nearly to the office now, one branch in a communications firm with offices in Houston, Los Angeles, Holland, and Switzerland (involved in North American, South American, European, and Asian markets).

“Pay attention she said,” he shook his head. “Just exactly what am I supposed to pay attention to?”

Image: “Old key chain in the shape of a small Earth globe” by Horia Varlan on Flickr.