Public Opinion – The Key to Change 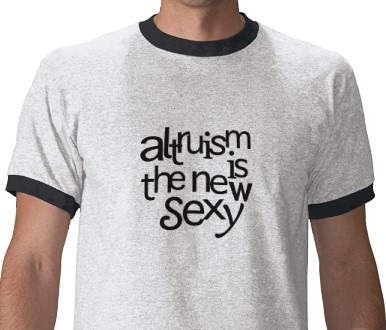 For hard proof we needn’t look any farther than the communist regime of the former Soviet Union. Human nature will outlast any regime or experiment that contradicts it. In a war against the ego we are doomed to fail from the start, so in order to avoid the mistakes of the past, let’s take a different approach and learn to use the ego to our benefit.

In the 1950s, the now iconic Asch series of experiments proved that public opinion is of primary importance to an individual. Applying this principle to society as a whole, it becomes clear that the “be-all end-all” target of all human endeavors is social status.

We slave away for a bigger house, a newer car, or a fatter bank account only because society dictates that these things are valuable. In essence, though, they are not the goal but mere means to it, while the goal is achieving higher social status. If we lived in a culture where big muscles or high intelligence were the pinnacle of prestige, we would be compelled by society to put the same amount of effort toward achieving excellence in those areas, paying little to no mind to material possessions.

Now imagine a switch got flicked, and we were no longer venerated for our ability to hoard virtual zeroes in the bank, throw the pigskin, or manipulate the stock market. There would be no pleasure in these achievements, and we wouldn’t have any fuel to go after them. And if such things were actually scorned or ridiculed, we would gladly and readily relinquish them all.

It follows that by changing the values in society, even artificially, the entire game gets transformed. If our offspring, friends, and neighbors respected and admired us for our contributions to society, and despised pursuit of personal interests, the same indomitable ego which is threatening the world today would be channeled toward collective benefit and the common good.

The key to such a transformation is public opinion. If we build an environment with abundant examples of favorable behavior toward society, we will finally begin to utilize human nature correctly. Not only is it the only way to survive in the new integrated world, but we will also begin to tap the truly limitless potential inherent to humankind.