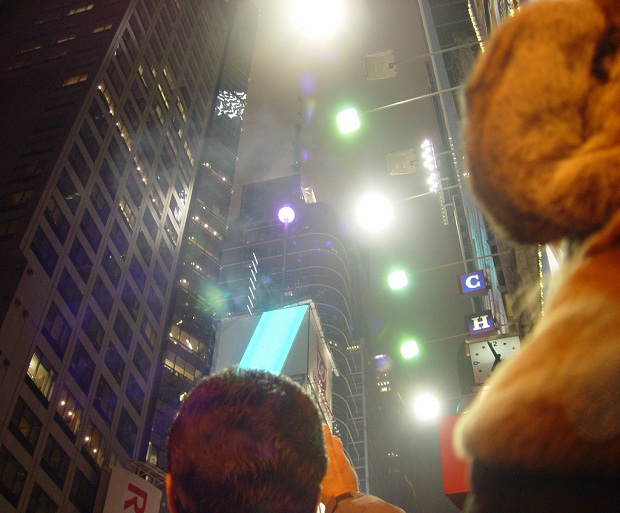 Usually, he’d think it: “You’re your own man. You make your own destiny.” Occasionally, he’d speak it, sometimes with the addition of a final exclamation mark, or in particularly dire times, a question mark.  It was his mantra, his constant psychological companion. “And why shouldn’t it be?” he’d think. “After all, it’s the kind of adage grandfathers bestow to toddlers on their knees. It’s the spiritual pronouncement of self-made men!”

But for Henry Addleton, it had yet to bring him fortune or fame. Had he done something wrong? Was there perhaps some set of instructions that certain individuals possessed, and he did not? And if so, why them and not him? Why was it always that Henry, delightful Henry, time and again suffered the cruel hand of fate? How could it be that such a lovably affable, miniature, stooped, stout, near sighted, hard of hearing, bow legged, missing the index finger on his left hand, inexplicably somehow never stricken with polio, bald man could not be asked to the table, to partake in the feast of victory, if but only for an aperitif?

And to make matters worse cherished letter writers, the good years, if they were ever really good, had now long since faded into the should-have and could-have-been’s of yesteryear. So in the quiet of his one room apartment on the outskirts of Cleveland, on one particularly rain soaked New Year’s Eve, Henry made a resolution. He wrote it in big black bold letters, so he wouldn’t forget it. He wrote it with a permanent marker, so it would always remain.

He wrote it on every door, every window, and every wall. He wrote it on his dog. It was a proclamation and reminder, that on that night, that fateful New Year’s Eve, one minute from midnight, sixty seconds from Auld Lang Syne, sixty thousand milliseconds from never getting his security deposit back, and sixty million microseconds from the irreversible consummation of Two Thousand and Thirteen, Henry Addleton and the world would never be the same again.

He reinvented it. He took what used to be called, “the only game in town,” and twisted it into a novelty. Well, he helped. He contributed his part to take ruthless-at-any-cost-competition, the predominance of statuesque looks, born into money privilege, it’s about who you know license, male centered misogyny, the taller the better heightism, xenophobia, etc. — and spun it all so hard, so fast, and for so very long—the whole alignment of the game, its way of functioning, shifted irreparably. And in that one minute [Editors Note: It was actually a series of moments, over many, many years.], when all was askew, a strange thing happened. After all the trembling, turning, and twisting had ended, something remarkable and completely inexplicable took place.

For the first time since Henry Addleton had been born into the Virgo Cluster fifty-two years ago, in one of its fifteen hundred galaxies known as the Milky Way, on that third distinguished planet from the Sun, on the continent of North America, in the country of the United States, in the Midwestern state of Ohio, many agreed with him. And if this letter writer was a philosopher and betting man, given to long-term interstellar bets, he’d stake that alien life forms baring no likely countenance to our familiar, also gathered together, lights years perchance apart, conveying their own exacting forms of expression, fins, antimatter, and what not, in raising praise for Mr. Addleton’s accomplishment.

But fellow letter writers, this is the real reason I write you today: We have forgotten. We have overlooked that this New Year’s Eve, Two Thousand and Fifty Two, rapidly approaching Two Thousand and Fifty Three, marks the fortieth anniversary of the “Colossal Shift.” And yes, we know well the modern comforts that we have been luxuriously afforded today as a consequence, the pleasant life that living with respect for our integrality has brought us. But although we have pledged to forever move forward, to persistently progress from strength to strength, to relentlessly forge a stronger and more just world, we should also remember, nay not forget, those brave ones who paved the way for this lofty future of which we are now a part.

For in every era, throughout our collective history, there have always been those brave men and women the likes of Henry Addleton. There have at all times been those who would not go silently into anonymity, those thinkers, feelers, those lovers of justice for all, and hatred for none. They are the ones in every generation, the perennial torchbearers, those that we must hold and cherish as a species, as residents of this planet, this galaxy, and this universe.

So on this New Year’s Eve, Two Thousand and Fifty Two, remember the likes of Henry Addleton, men and women who stood up with such a sound that others joined them. Remember their cries against inequality, for love to reign over tyranny, for justice to prevail, for empathy, and for selfishness to end at last. Remember their pledge to live and lead by example, a life of mutual responsibility letter writers, and be forever thankful for their sacrifice.

Image: “Looking at the Ball in Times Squar” by joewcampbell on Flickr.