The Continuing Story of The Integral Kids—1. Bobby 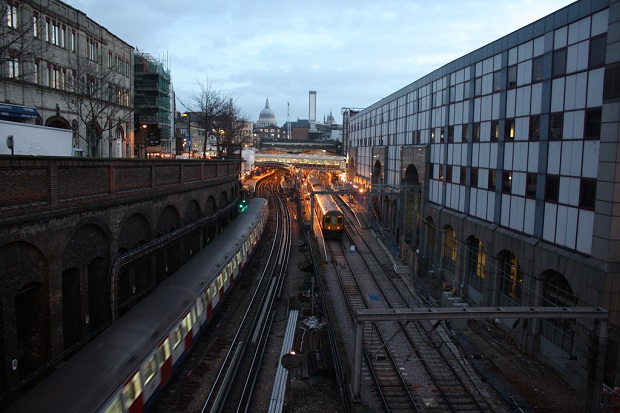 [This is the first story in a series of stories titled, The Continuing Story of the Integral Kids. The Integral Kids don’t know for certain if you’ll like them or not (the stories, not the Integral Kids—who wouldn’t like them?) but think that if you don’t like them you’ll definitely have a greater appreciation for why you don’t after you’ve read them, as well as for all those other things you don’t much care for, do care for, and life in general with all of its grand mysteries and wonders.]

Kid(s): A child or young person.

You couldn’t make out distinct noises. Everything that gave off sound, even those things you wished you could isolate, that is—you would have wished you could isolate them if you knew those sounds were there—cause if you’d been aware of their presence your ears would have sent certain signals to your brain letting it know that those were the kinds of sounds that made life, life—all jumbled together to become one big whirling, twirling kaleidoscope.

To give you more of an indication of it, it was the kind of situation that if you were to shout in a fella’s ear real close up, and that fella didn’t see you do it, then he’d probably not even notice; meaning, you could get away with a whole lot of stuff if you happened to be a particular type of person who liked getting away with particular type stuff when the situation allowed for it—or as those particular type people would say with a wink—called for it.

This one kid though, Bobby, was a different kind of person altogether.

Well, he was six year old. That’s one. I’m not exactly sure when a kid starts being a person; but if I had to wager, I’d lay odds that he already was one. Anyway, he didn’t want to get away with anything. He wanted to grow up though. I suppose that’s something most kids think about. Although the funny thing is, they maybe don’t think about it as much as their genes, parents, and social environments do for them. Mostly they just think about having fun and not getting lost or trampled in the sea of legs.

The train station was packed because his mom, Bobby’s that is, was on her way home after having spent time in the sanitarium. It was a pretty common affair. In fact, everybody at the train station was waiting for their dads, moms, grandparents, and you name it really, to return home from the sanitarium. It was the kind of thing the State decided was pretty good for you to do every three to six months, depending on the types of thoughts you reported in your thought journal. Kids didn’t get the privilege of filling out thought journals. You had to be thirteen for that.

Bobby thought the sea of legs looked a bit ornery today so he gave a couple good tugs on the pair of pants being occupied by his dad’s legs. It was code for, “Pick me up.” Sitting on his Dad’s shoulders he was one of the biggest there. In fact, it was just him and the other kids sitting on shoulders who were the big ones now. They didn’t like to be up there. It wasn’t because they were scared of heights or anything, but because they were leaving their posts. It was because each kid considered himself an explorer in the sea of legs, or the garden of dress pants, or the land of belt buckles, or, well you get the idea—each kid’s got a different take on what it is. And so just go try telling him that it’s really the sea of legs [garden of dress pants] [land of belt buckles]!

They all nodded and gave each other sympathetic looks which seemed to say, “I know, but what could we do? The sea [garden] [land] was ornery.”

Bobby shrugged it off and got caught up in something else. It was the boarding area. He saw a bunch of people running to catch the train that was slowly leaving the station. There was one certain lady wearing a big floppy hat with a tulip shooting through it that really caught his attention. She was running full bore, all her body parts jiggling with each step she took, hoofing like mad to make the train, and yet everyone was passing her by; because she was what some nice people call a full figure lady and some other not so nice people call a fat lady.

Bobby didn’t know it yet, and even if he were a real person, and not just some six year old kid your narrator thought might be a person, he probably still wouldn’t have known, that what was about to go through his head would come to change his life forever.

One by one the late boarders shot past the lady not paying her any mind. She was slowing down now, gasping for air. She touched one of them before it was over, some real lanky fella who looked like he didn’t mind much showing up late to catch a train. Their eyes met. She looked at him desperately, like he could do it, he could save her. He could take her with his slender hand and they would make the train together! He brushed her aside.

Finally she raised her arms to signal, “Wait for me!” but the train’s wheels only moved faster now, and soon it was completely gone. She was the only one who hadn’t made the train before it completely left the station. But Bobby saw something different. He didn’t see that last bit, well he did, but only later, how the runner looking guy left her behind. What he saw was how the tulip hatted lady looked at the fella and how the fella looked at her with twinkles in his eyes, and then how the fella yelled out with a surprisingly deep voice for being so lanky, “Come on everybody!”

When they got back home Bobby’s mom told his dad and him that it was really nice that she’d had to go away again, and that they think they might have fixed the problem this time. She didn’t shake nearly as bad as she did the last time either Bobby thought, although her memory seemed to be a little funny. She went on quite a bit about how it was good to be small, and that ants have it the best, cause they don’t know too much, and they’re better off for it.

Later that night she came in Bobby’s room to tuck him in. He noticed now that the treatment took off a different patch of her hair from the last time. She was twitching a little bit too he noticed. She wanted to make sure that he remembered what she’d told him earlier, that it was good to be an ant. Bobby remembered what he’d thought about the tulip hatted lady and lanky fella and agreed.

“If we were all like ants then we’d all help each other,” he said. “Cause no one’s higher in an ant village Mom. They all pull together, huh?”

“ Aren’t you going to tell me about the kinds of thoughts I should have?”

She shuffled towards the door and flipped the light switch off.

She turned the light off and Bobby couldn’t help but feel that something was wrong, something was very wrong—and he was right. In the morning it would all change. The State would come. Life would now be different forever. And somewhere amidst it all, the integral kids would come calling his name.