What The Kids Are Saying: We R All One 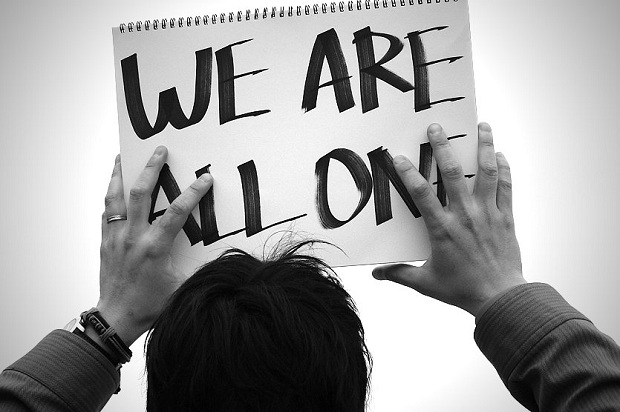 Currently on our planet most people imagine themselves to be separate from each other, living in separate families or clans, gathered in separate neighborhoods or states, collected in separate nations or countries, further separate by race, skin color, religion, gender, political party, social class, and the list goes on. This could be called the state of the disunion because we believe that we are separate.”

As a result, we have been missing the mark in our attempts to create a world of peace, harmony, and happiness. The truth is, we are all one… we are seeing that this idea of separation is an illusion. Our belief in disunity is the cause of all dysfunction on our planet. Nothing that exists in the universe is separate from anything else.”

What we are saying is that the wisdom of oneness is not just a touchy feely, feel good, new age catchphrase anymore… it is a precise description of the nature of ultimate reality… we are deeply connected to all of life.”

We are on a magnificent journey from me to we.”

Image: “we are all one” by Jesslee Cuizon on Flickr.