Battle Of The Century: Our Addiction To Economic Growth Vs. Our Finite Planet 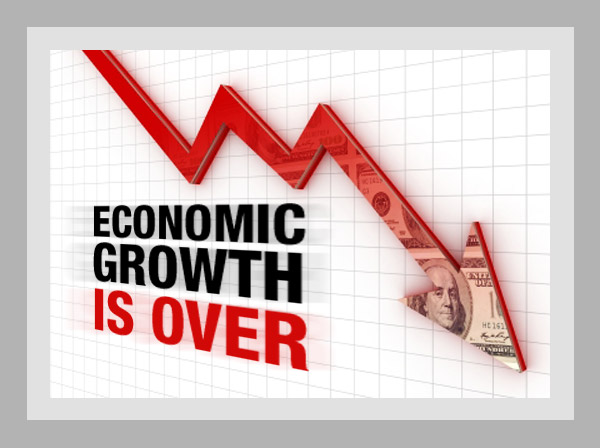 Economic growth is effectively over.

We’re being told that the economy is recovering. But take away new debt the government has taken on since 2008 to stimulate the economy, and there’s been no real economic growth. There is no recovery. It’s all been done with more debt. We’ve already mortgaged our grandchildren’s future, but to keep the economy from relapsing, we’ll need to borrow even more. The game is up. We’ve reached the end of economic growth as we’ve known it.”

Unlike Many Think, There Is No ‘They’ To Blame For This Crisis: Everybody’s Addicted To Economic Growth

We all got hooked on growth. Rising GDP numbers became our main measure of success. ‘More, bigger and faster’ meant ‘better.’

We’re all addicted to growth. We all want better jobs and higher returns on investments. But we live on a finite planet.

The end of growth is not the fault of any one politician or a political party, but some people benefited from growth more than others.”

To Live Without Economic Growth, We’ll Have To Start Doing A Few Things Differently

We can live without economic growth, but we’ll have to start doing a few things differently: