The future is going to be about moving from an ‘I’ to a ‘we’ culture … back to a bygone era, where neighbors weren’t just nice to each other, but relied on each other. As an informed person, it is now your responsibility to help others as best you can.”

In the course, Martenson presents an analysis of economy, energy, and the environment (the 3 E’s, as he calls them) and the ways in which they are interlinked.

He specifically outlines a “substantial mismatch between an economic model that must grow and a physical world of peaking oil and depleting resources,” and explains why the problems presented cannot be solved individually, but only by macro-cultural change.

What Role Do You Want To Play?

… in this dramatic turning point in our species’ history?

Shall your life be filled with fear or a resolute sense of purpose?

The only way these challenges can become insurmountable is if we let them, by ignoring them for too long.” 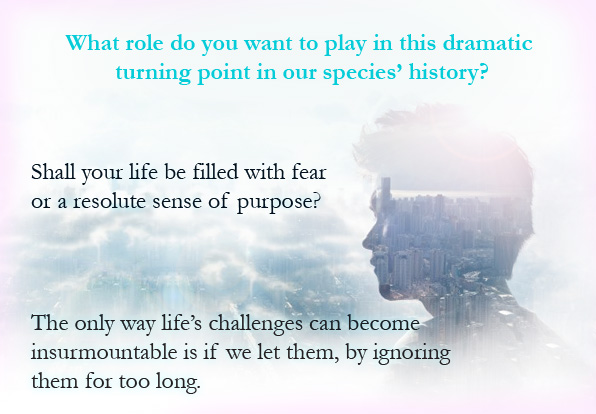 The 3 Interconnected E’s & The Problems They Pose

…the banking system must continually expand – not necessarily because it is the right (or wrong) thing to do, but, rather, simply because that is how it was designed …the extremely wealthy are saving incredible amounts of money, while at the lower ends the savings rate is deeply negative. Why is this important? Because as the Greek philosopher Plutarch once stated, ‘An imbalance between rich and poor is the oldest and most fatal ailment of all republics.'”

Energy is the lifeblood of any economy. But when an economy is based on an exponential debt-based money system, and that is based on exponentially increasing energy supplies, the supply of that energy therefore deserves our very highest attention…. Peak Oil is simply a fact. World production of conventional crude has been flat for the past four years, even as prices have increased by 140%.”

Multiple essential resources are being depleted at ever faster rates. Our money system requires continual economic growth, but energy depletion will run headlong into dwindling resource returns to limit future growth options …So the question is this: What happens when a human-contrived money system that must expand, by its very design, runs headlong into the physical limits of a spherical planet?” 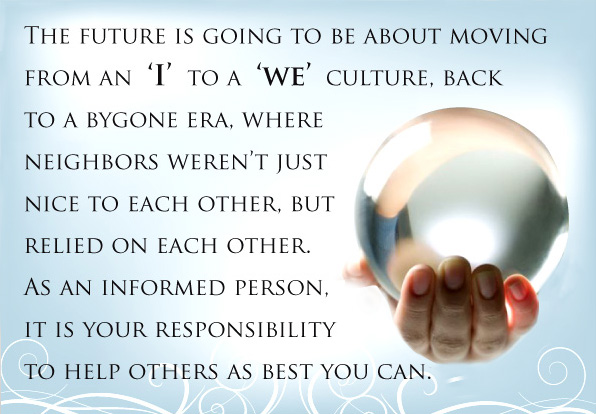