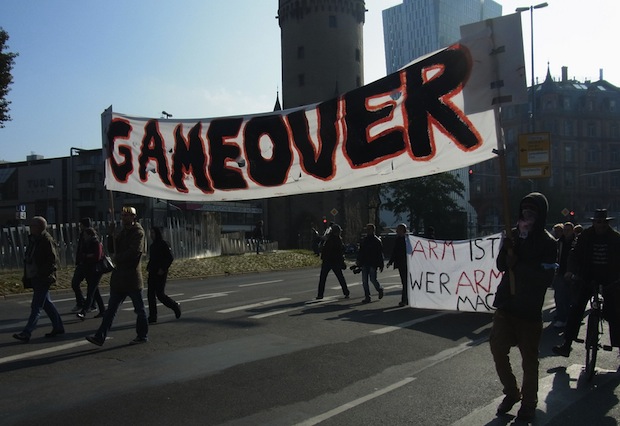 The European Union Was Awarded The Nobel Peace Prize For The Work It Has Down In The Last 6o Years, While Its Present And Future Is Very Much In Balance

In a decision criticized and praised in equal measure, the Norwegian Nobel Committee awarded this year’s Peace Prize to the European Union in recognition of its contributions ‘to the advancement of peace and reconciliation, democracy and human rights in Europe’ over the past six decades. But, to what extent is Europe preoccupied with ‘perpetual peace’ at the expense of its current, vastly different ailments? Is this award a swan song – confirmation of the moribund state of the European project, as the 2001 Nobel Prize was for the United Nations?”

People should consider the Nobel Peace Prize awarded to the EU as an award given to the potential of what Europe could become in case of taking on the full measure of the structure that was originally planned.

It is not true that Europeans are rejecting the European Union (as the article suggests). It is the politicians and main interest groups that have abandoned, or decided against full union due to individual or group interests. They are stopping the pursuit of a deeper integration that could have fulfilled the original potential. There are multiple examples in life proving that the simple people on the street are only interested in a secure life, predictable future, fulfilling their necessities according to their desires and following their usual customs. If they receive it from a supra-national governing body instead of a national one they would have no problem with it, as long as they perceive the system fair and democratic.

Unfortunately today, the same politicians and interest groups are swaying the public against this full integration again. In the meantime it becomes increasingly clear that partial unions have absolutely no chance of surviving. Thus, the present “united” economical structure, the single currency or the planned banking union, are just futile attempts. They are so illogical that one has to wonder if those at the top are doing it on purpose to prove that a full union is impossible, that it is better to fully abandon the project, because they themselves are not willing to go for it as it does not serve their own interest.

After all the past and present failures, and with the very obvious threats of national and international breakups and violent confrontations in case of a collapse, there is clearly no other solution but to move for a full integration, the creation of a single, united socio-economic system all over Europe, which later on can provide an example for humanity.

Instead of pointing fingers in all directions, politicians would become more beneficial to people if they explained, based on countless scientific examples and daily events of the crisis, that today’s globally interconnected and interdependent reality demands an equally connected and cooperative human network in order to survive and build a sustainable future.

This would be the united Europe that should be worthy of a Nobel Peace Prize.