Global Youth Unemployment On The Rise 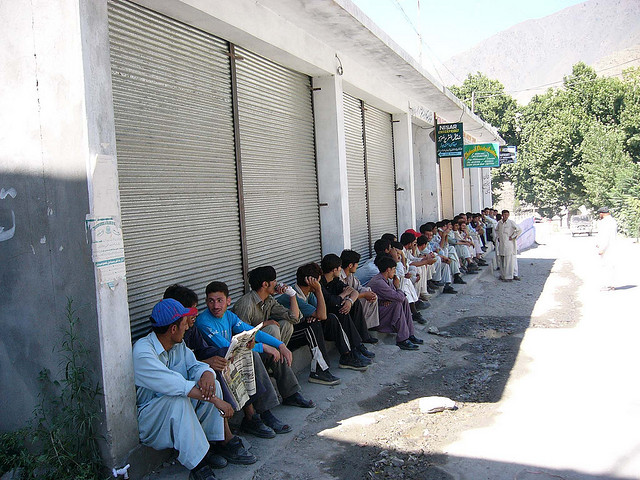 The current, unprecedented level of global youth unemployment has raised the risk of creating ‘a lost generation’… [Y]oung people account for 40 percent or more of all unemployed people in Jordan, Lebanon, Morocco, and Tunisia, and nearly 60 percent in Syria and Egypt.”

The world is facing a worsening youth employment crisis: young people are three times more likely to be unemployed than adults…”

The United Nations estimates that last year 74.8 million youth between the ages of 15 to 24 faced joblessness, with 6.4 million young people dropping out of the labor market in 2011 alone. The highest youth unemployment rates are in North Africa (27.1%) and the Middle East (26.2%)…

In the ostensibly prosperous Euro-area countries, over one-in-five young people (21.3%) cannot find a job. When this regionally-averaged figure is broken down to remove countries like Germany, the results are stark: In Spain and Greece, nearly half of all youth are without a job (48.7% and 47.2% …”

The Consequences Of Youth Unemployment

The following video gives a brief overview of the youth unemployment crisis:

Is More Economic Growth The Answer?

Problems cannot be solved by the same level of thinking that created them.”

Unfortunately, the current trend of solutions being proposed to tackle continued youth unemployment, and unemployment in general, has tended to steer towards further economic growth as the answer to the problem.

What do you think?

Is further economic growth the answer? Or is it from the level of thinking which has helped to create the global youth unemployment crisis?