Throughout all of history, humanity has never lived in an era of such intimate globalization, as we do today… Never has any one country’s economy been so dependent upon the economy of other countries, and never has the fate of people in any one country been so dependent upon the fate of people in other countries. Indeed, the current crisis is affecting everyone, everywhere. 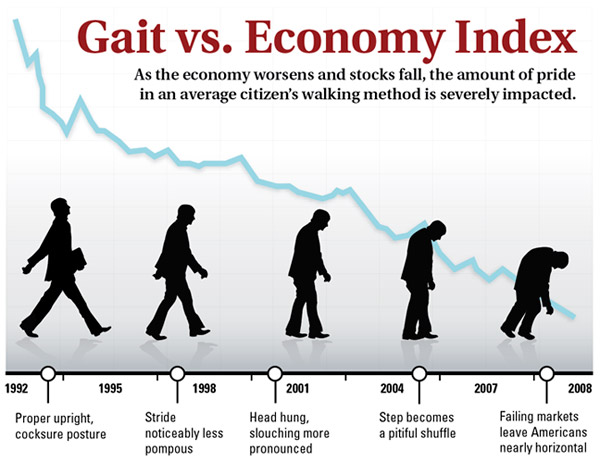 It is with good reason that journalist, Thomas Friedman, argued in the midst of the crisis that it was “Time to Reboot America.” The laws that define relationships among individuals in society have changed dramatically, hence economy—which reflects those interconnections—must follow suit.

Yet, this cannot happen by means of restrictions and regulations, since it is evident that our desire to enjoy is only growing through the years. Therefore, even if we truly want it, we will never be able to turn back time. As we develop, we constantly devise new ways to “beat the system.” Instead of wasting taxpayers’ money trying to reverse an irreversible situation, we must change our approach toward economy and business from the root level.

The solution is to start from the place where the crisis began—the lost trust in human relationships. What has become clear is that we no longer trust one another: people don’t trust banks; banks don’t trust the rating firms, who don’t trust company shareholders, who have no trust in financial advisors, who have no trust in traders, who have zero trust in governments, who simply trust no one. Period. Nevertheless, despite the mistrust, we find that we are still dependent upon each other. And the more aware of it we become, the less we will want to harm one another. Many people already realize it; now we must turn this realization into action.

Alongside the offering of aid to ailing economies, countries must explain to their citizens that we are now living in a new world. Thus, the first step in the bailout plan is to make people understand and feel how interdependent we are. When people realize that their personal well-being depends on their relation to others, they will become the natural regulators that policy makers are looking for.

In fact, when a strong enough public opinion promotes values of collaboration, it will affect even those who initially want to continue living by the old self-centered rules. An illustration of this principle was shown when a week after it became known that AIG, which received hundreds of billions in bailout money, gave out fat bonuses to its executives, the majority of them gave it back. They couldn’t face the mounting public criticism. Hence, awareness of the detrimental nature of our egotistical approach will naturally make us want to restrict our self-centered attitudes, and this will facilitate the beginning of a crisis-free era. Consumerism causes us to want products we have no real need for, simply to improve social status. Conveying information about the rules of the new world will help us understand which values should prevail in our society, so that we can create a more balanced way of life. As a result, products that will remain on the shelves will be the ones that are truly necessary, and the advertising of product causing us to make yet another redundant purchase will be condemned. Applying this necessary shift in priorities will greatly free resources and time, and will allow us to invest in the currently neglected realms of our lives, such as friends and family, thereby significantly enhancing the overall quality of our lives.

In the January–February 2011 edition of Harvard Business Review, Profs. Michael Porter and Mark Kramer published a revolutionary concept. Traditional capitalism belongs to history, they wrote. Now is the moment for “a new conception of capitalism,” such that will move “social responsibility from the periphery to the core of the companies’ mind-set.”

Companies should still endeavor to produce profit and create economic value, yet not for the shareholders and their owners, but rather for the good of society “by addressing its needs and challenges. Businesses must reconnect company success with social progress,” otherwise, conclude Porter and Kramer, businesses will never escape the vicious cycle in which they are trapped today and their situation will only worsen over time.

Indeed, there is much truth to the words of Porter and Kramer. Today, when a company releases a new product to the market, it wishes to “broaden its market share,” or in simpler words “to steal” clients from other companies in the marketplace. But this is exactly the approach that led to the financial crisis to begin with! Rather than trying to gain profit at the expense of others, companies should compete to create the greatest benefit to the whole of society.

When signing a contract, a company owner should ponder: “Does everyone gain from the deal I am closing now?” If the contract truly benefits everyone, then everyone, including the owner of the company, will gain from it. After all, in today’s world, we are all interconnected, and each individual action makes an impact on us all.

Step Four: The New Kind of Companies and Businesses

It’s time to redefine business and financial success. A successful firm should be one that sells products to customers, pays decent wages to its employees (including pension, insurance, and vacations), and is founded on a balanced operation. A balanced operation means that the profits of a business cover all of its investments and expenses, but it does not profit beyond that.

In this way, the owners of such companies could afford to reduce the prices of their products to make the product affordable to many more people. If some profit still remains, it could be donated to a fund that helps guarantee that all people in the world have a good basic standard of living. To be sure, we are not talking about abstention or austerity. Quite the opposite, if all of the players change their financial mindset from maximum profit for themselves regardless of consequences, to earning as much as is required to live respectably, we will discover that the planet has many more resources to offer than we can actually use, and together all of us will prosper.

Much More Motivation and Satisfaction

How will owners of companies and their employees draw motivation to wake up in the morning and excel when no financial stimulus is involved? The answer is simple: The stimulus will stem from the new social standard—people and companies are appreciated according to their contribution to society. In this case, our natural urge to compete—with the benefit of society as our goal—will cause us to create a more just and equal society.

Let us clarify. Try to answer the following question: What do company owners gain by having additional zeros in their bank accounts? Do they actually use all the millions they have? Do they truly enjoy those added “zeros”? The satisfaction they draw from the zeros is purely conditional, dependent upon the sense of power and mainly respect that comes with wealth.

But what if company owners were to sense the same satisfaction they derive from excessive wealth, out of actions to benefit society? If society respected people who contribute to society and condemned people who exploited it, powerful people would naturally use their power to contribute to society, because we are all social beings and all of us, including company owners, are influenced by society. While this proposal may seem utopian, it can materialize if our environment begins to appreciate pro-social values.

The bottom line is that capitalism should remain capitalism, but instead of trampling each other, we should compete in contributing the most to society and creating the best and most qualitative products for the best price, so that as many people as possible can enjoy them. Sir Richard Layard’s article titled “Now is the time for a less selfish capitalism,” published March 11, 2009 in The Financial Times, summed up quite well the new approach we have suggested here, where he writes, “We do need a more humane brand of capitalism, based not only on better regulation but on better value. We do not need a society based on Darwinian competition between individuals. Beyond subsistence, the best experience any society can provide is the feeling that other people are on your side. That is the kind of capitalism we want.”