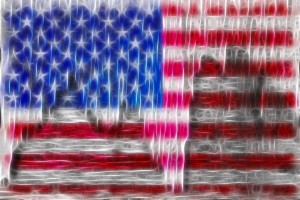 What Thomas L. Friedman predicted a year ago in his article, we are living today. He was then expressing his view on America’s transition from being the world’s superpower to becoming a “frugal superpower” whose frugality would impact the world even more. He claimed that since the Great Recession of 2008, “the nature of being a leader, political and corporate, has been changing in America,” and now its leaders have been taking things away rather than giving to people. Freedman said America’s leaders, while depriving their voters, were not going to save money on foreign policy and wars. Yet, sooner or later, they would have to. He cited the Secretary of Defense Robert Gates, who had been warning that the cuts are coming, which would affect the globe.

The journalist referred to the book (America’s Global Leadership in a Cash-Strapped Era), written by Michael Mandelbaum, the John Hopkins University foreign policy expert, to emphasize that by 2050, all forms of government supplied pensions and health care would account for an 18% of everything the United States produces. He wrote: “This… will fundamentally transform the public life in the United States and therefore the country’s foreign policy” and added that our defining watchword “more” was being replaced with “less”.

Friedman continued to build his analysis on the information provided by Mandelbaum, who states that when the world’s only superpower is burdened with heavy debt, it will reflect on everyone. He also remarked that for the past century, the US foreign policy provided global public with many benefits – from open trade and containment to counterterrorism, and that US power had been the key to maintaining global stability. Although Mandelbaum is confident that it will not disappear, he thinks that role will certainly shrink and concludes that “no country stands ready to replace the United States.”

Looking at the possibilities of who might, he labels Europe as rich but wimpy and China as “rich nationally but still dirt poor on a per capita basis”, which will not allow them to remain focused inwardly and regionally. As to Russia, he claims “drunk on oil, it can cause trouble but not project power.” Thus, Mandelbaum predicts for the world to become a more disorderly and dangerous place.

To mitigate this trend, he suggests:

1. To get ourselves back on a sustainable path to economic growth and reindustrialization, with whatever sacrifices, hard work and political consensus that requires, which implies considering common interests.

2. To set priorities: even though the US desires to succeed in Afghanistan, it is not vital; therefore, the war must cease.

3. Finally, we need to cut our balance sheet and the best way to do that in one move is with a much higher gasoline tax.

Friedman summarizes that America is about to learn a very hard lesson: You can borrow your way to prosperity over the short run but not to geopolitical power over the long run.