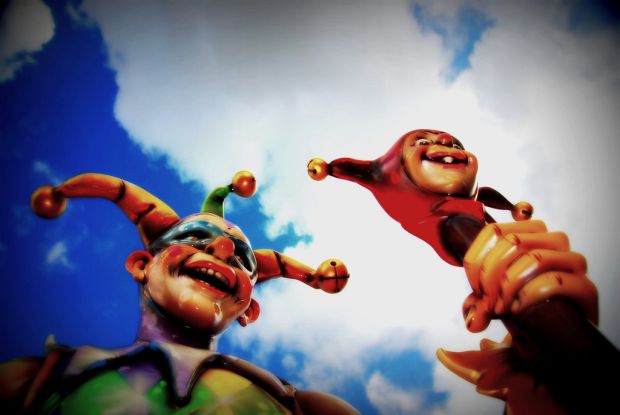 Raghuram Rajan, Professor of Finance at the University of Chicago Booth School of Business assesses the role of the central banks in solving the global crisis in the article “The Only Game In Town.” He writes:

What should central banks do when politicians seem incapable of acting? Thus far, they have been willing to step into the breach, finding new and increasingly unconventional ways to try to influence the direction of troubled economies. But how can we determine when central banks overstep their limits? When does boldness turn to foolhardiness?

Central bankers nowadays enjoy the popularity of rock stars, and deservedly so: their response to the difficult and uncertain environment during and after the financial crisis has been largely impeccable. But they must be able to admit when they are out of bullets. After all, the transformation from hero to zero can be swift.”

But In Reality Banks Are Powerless In Assisting A True Solution As The Troubled Economies Are Not Only Financial Problems, But Part Of A Larger Human System Failure

Unfortunately, the whole situation is upside down.

The central banks, or any bank in fact, should not play any role in what is happening. The banks simply got into their prominent positions as a result of the excessive, constant growth economy forcing everybody into overspending, relying more and more on credit.

But these financial institutions, with their inflated and imminently bursting bubbles have no real bullets at all, they have absolutely no capacity to solve the crisis. It is the opposite. By pouring virtual money into the tanks of the broken system, all the banks are doing is delaying the inevitable recognition of the true problem: the foundation of the whole economic model and its serving cast. The troubled economies are not just financial problems, but a system failure as humanity is stubbornly pushing on with the wrong system at the wrong time.

The “rock star” bankers are just as real as other reality TV stars: they grab the headlines but provide no positive contribution.

A ‘True Solution’ Can Only Come From Dealing With The ‘True Problem’: The Globally Interdependent Human Network & How Its Members Should Behave In It

The banks should gradually withdraw from the arena leaving leaders and public to examine and understand how a global, interdependent human network works in a closed and finite natural system, and what new socio-economic model is suitable to provide a predictable and sustainable future.

Image: “all in jest” by Will Montague from Flickr