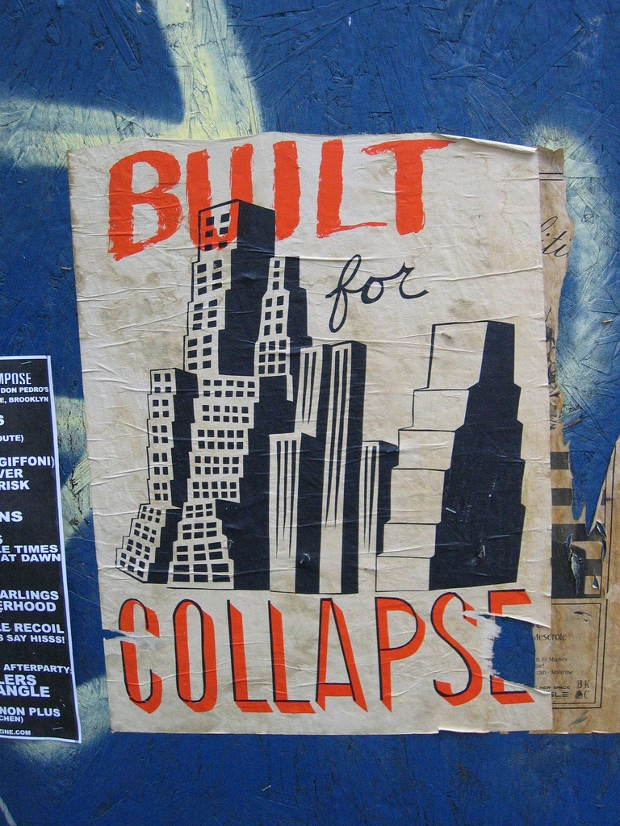 The earth is full. It’s full of us, full of our stuff, full of our waste, full of our demands; yes, we are a brilliant and creative species, but we’ve created a little too much stuff—so much that our economy is now bigger than it’s host, our planet…”

The above and following quotes are from Gilding’s TED talk on sustainability.

A Familiar Message With Little Regard Given To It

It is nothing new that advocates and scientists are warning that consumption is out of control on our planet. However, little is done to educate us, the various populaces of the planet, that our current levels of consumption are detrimental to the future survival of our species, other species, and the planet as a whole.

We’re burning through our capital, or, stealing from the future… what this means is our economy is unsustainable … when things aren’t sustainable they stop.”

In Love With A Crazy Idea

When we think about economic growth stopping we go, ‘that’s not possible,’ because economic growth is so essential to our society that it is really questioned… it is based on a crazy idea, the crazy idea being that we can have infinite growth on a finite planet… I’m here to tell you the Emperor has no clothes, that the crazy idea is just that: It is crazy.”

I find this argument fascinating, as though, we can kind of bend the rules of physics to suit our needs… the earth doesn’t care what we need. Mother nature doesn’t negotiate. She just sets rules and describes consequences and these are not esoteric limits. This is about food and water, soil and climate, the basic practical and economic foundations of our lives.”

The Specifics Of The Growth Crisis

Many of you will be thinking: ‘But surely we can still stop this. If it’s that bad, we’ll react.’ Let’s just think through that idea.

We’ve had 50 years of warnings.

We’re not acting. We’re not close to acting. And we’re not going to act until this crisis hits the economy and that’s why the end of growth is the central issue and the event that we need to get ready for.”

The Lack Of An Integral Perspective

So, when does this transition begin, when does this breakdown begin? In my view it is well underway. I know most people don’t see it that way. We tend to look at the world, not as the integral system that it is, but as a serious of individual issues.

We see mistakenly each of these issues as individual problems to be solved. In fact, it’s a system in the painful process of breaking down.”

Change Takes Everyone Working Together

We are more than capable of getting through everything that’s coming… when we feel fear and we feel loss; we are capable of quite extraordinary things… There’s certainly no economic or technical barrier in the way… the only thing we need to change is how we think and how we feel and this is where you come in… we can be more. We can be much more.

… We can choose this moment of crisis to ask and answer the big questions of society’s evolution. Like, what do we want to be when we grow up when we move past this bumbling adolescence when we think there are no limits and suffer illusions of immortality?

… We can do what we need to do but it will take… every one of us. This could be our finest hour.”

Image: “Built for collapse” by Danny Birchall on Flickr.