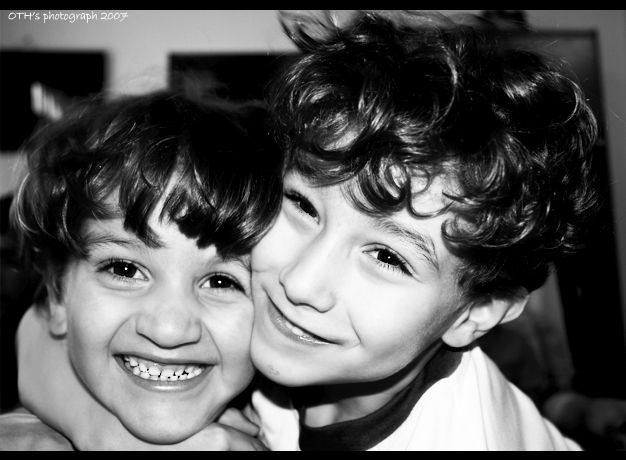 I have now reached the point where I may indicate briefly what to me constitutes the essence of the crisis in our time. It concerns the relationship of the individual to society.

The individual has become more conscious than ever of his dependence upon society. But he does not experience this dependence as a positive asset, as an organic tie, as a protective force, but rather as a threat to his natural rights, or even to his economic existence.

Moreover, his position in society is such that the egotistical drives of his make-up are constantly being accentuated, while his social drives, which are by nature weaker, progressively deteriorate.

All human beings, whatever their position in society, are suffering from this process of deterioration. Unknowingly prisoners of their own egotism, they feel insecure, lonely, and deprived of the naive, simple and unsophisticated enjoyment of life. Man can find meaning in life, short and perilous as it is, only through devoting himself to society.”

In essence, we already know what a mutually responsible economy looks like. It is the economy that exists within the family. In the family, each person operates according to need and merit. There is the mother, father, children, and the extended family. Each operates according to a particular role: The baby, the mother, the father, grandparent, etc.

These roles then are further broken down. The baby is, “helpless,” “precious,” “in need of protection.” The father is perhaps the “bread winner,” the mother, “the caregiver,” etc. To contemplate what form an economy based on mutually responsibility would look like, where each seeks to provide for others, it is probably best to start with something we know.

Obviously, all families don’t act in a mutually responsible way. And an economy based on mutual responsibility doesn’t mean, “Shangri-La.” After all, a family can provide each other with what they need and still have disagreements. But a family that operates cohesively is a family that operates with mutual responsibility, where each contributes to the family and is supported by the family.

According To Need And Merit

The family operates according to need and merit. For instance, everyone in the family needs shelter, food, and socialization. But if the son, 15, goes to the father and says, “Dad, I’m about to turn 16. Will you buy me a car when I get my driver’s license?” then the father has a calculation to make: “Is buying my son a car according to need?” After all, the family has a car, possibly multiple cars. Does the son really need a car?

But then there is merit. The father could see that a car is a status symbol, a rite of passage, etc. and then place a condition: “I will give you a car if you do X and Y.” So the family operates according to need but also according to merit in order to provide each other what is needed.

But how can this example of the family apply towards the creation of an economy that exists in relation to everyone, and not just the family which is naturally tied together, where each member from birth or through desire wants to be together?

The Need For A Mutually Responsible Economy

As the above quote from Einstein says, each person in society is tied to all the others. However, although we are tied to one another, each needing all the others in order to receive his or her needs; we do not view these ties as beneficial. Therefore, our economy is structured around the pursuit of the individual and not the pursuit of society as a whole.

But if each did perform their role, their self-calculating role, where each provided for others only in order to acquire one’s needs—and this worked—who would complain? The problem is that this path no longer produces gain. Today economic hardships are increasing. The economic system we have built, according to personal benefit, no longer operates in a way where each generation can build upon the accomplishments of the last, where equality grows, and inequality fades.

Applying Need And Merit To The Economy

When it comes to need and merit in relation to the general economy (i.e., everyone), it should be becoming increasingly more apparent why such a system should hold great possibility. It has been reported, for instance, that nearly 1/3 of all food produced today is thrown away. In correlation, nearly 600 million die a year due to malnutrition and hunger.

If an economy operated like a family, according to need and merit, then no one would go hungry. After all, each person has the need for food, for shelter, for healthcare, etc. so excess food would be given to those who have the need for it. But then what would happen to such things like competition? Wouldn’t competition shrink to nonexistence if such a system were to be put into place? With mutual responsibility, what is to become of those who are stronger, smarter, perhaps more privileged; are they to simply now receive everything the same as those who are perhaps weaker, lazier, not as smart, etc.?

This is where merit can be applied. However, before merit can be accurately applied, first the need for an integral view, to view the economy, the global economy, as a system, as parts in a chain or cogs in a wheel, is first needed.

The Need For New Education

If everyone in society were taught about their natural reliance upon others, that labor is divided so that goods and services can be made available more easily, that society works best when work is done for the benefit of society, then the idea of mutual responsibility would seem like a natural necessary conclusion. Moreover, the need to develop a mutually responsible global economy would also be apparent given the reliance that each nation has upon all the others or their daily survival.

In regards to equality, need, and merit, a mutually responsible society would treat all members of society equally. For instance, given that each role in society is needed, from janitors to politicians; each role would be treated equally because each role would be seen as pivotal for society’s continued operation.

Equality then could be achieved through merit being applied in a new way. For example, instead of paying certain members of society more for doing more skilled work, social merits could be given instead. After all, the one who does more skilled work than one who does less skilled work still has the same needs and the extra merit that this more detailed work demands could easily come through societal honors, thereby creating economic equality while still providing merit for such work.

Also, in regards to competition, in a mutually responsible economy it would still exist. The form would only change: Instead of competing to profit for oneself, a person would compete in order to best benefit society. Equality then could be achieved rapidly and competition would be a driving force for it and the creation of a continually more cohesive and sustainable society.