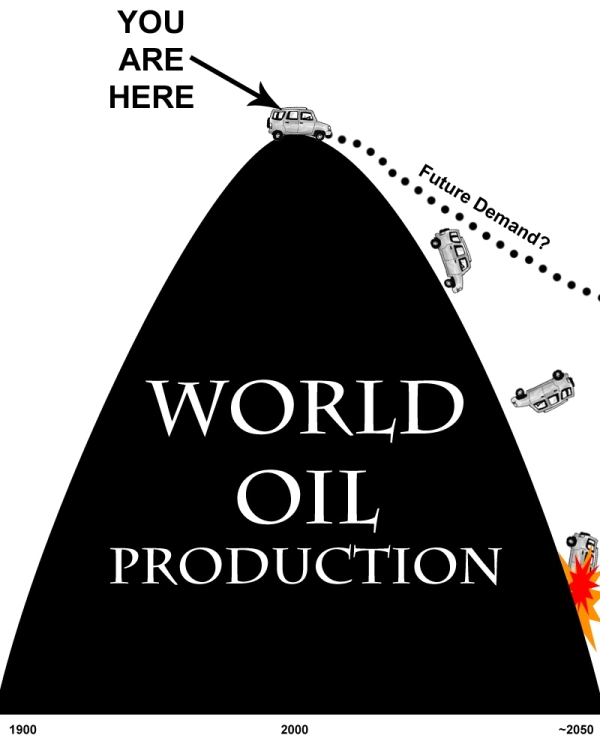 Blind Spot analyzes the problem of peak oil, that:

Blind Spot presents the complications in dealing with the problem of peak oil, by showing how it connects to many other current and future problems: inflation, stagflation, pollution, climate change, global warming, overconsumption and overpopulation.

Through interviews with scientists and experts in ecology, economy and sociology, Blind Spot proposes some approaches to these problems, including population control, policies for using less energy and implementing different kinds of energy.

However, central to the problems that the film’s experts’ mentioned is the issue of social influence. There is an in-built threat in challenging generations of self-interest values at the center of society’s beliefs and assumptions, or “The American Way,” as people in Americanized societies are used to relying on cheap oil and energy, living in big houses, being highly individualized, and traveling long distances.

The cultural constraint on change becomes very dangerous, because when it is challenged, it is challenging generations of belief and assumptions. … There are people who have to study raw data, who are trained as scientists to have their belief system based upon evidence, and when that contradicts generations of belief, then they become cultural outcasts. That became incredibly frustrating to me. I have kids, I want peace on earth, I want all good things, and yet, I found that people that also want those things unable to realize that we’re all a huge part of this problem.”

For more info about the movie & to purchase a DVD copy, visit: blindspotdoc.com