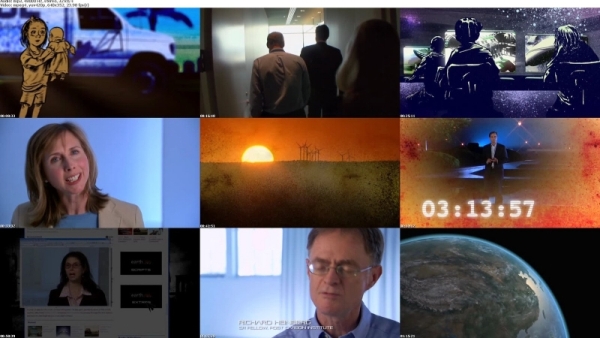 Based on current scientific research and expert views about the accumulating crises humanity is expected to face over the coming century, Earth 2100 is a predictive portrayal of the century through the life of Lucy, a fictional woman born in the U.S. in 2008.

No Crisis Exists On Its Own

Earth 2100 paints a picture of the global crisis’ tight interconnectedness, how no one crisis exists on its own and cannot be dealt with in a pin-point manner. What the film shows is that:

The Need To See Things At A Global Level

In presenting this complicated global crisis tangle humanity is expected to face, i.e. many individual crises as one global, integral crisis, Earth 2100 fundamentally proposes the need for a change in people’s approach to the world, from approaching problems locally and nationally to approaching them globally. As mentioned toward the film’s close:

By the time we get to 2100, the challenge of building a global, green economy where we’re sharing technologies and where we’re not fighting wars over water and oil… That’s going to bring out the best in the human family.”

–Van Jones, senior fellow at the Center For American Progress and a senior policy advisor at Green For All

That’s if we move in a positive direction. However, Earth 2100 also points out a major threat if the change toward a global, integral approach to the world is not met in time. This would result in much suffering, verging on the brink of civilizational collapse.

If we continue on the business as usual trajectory, there will be a tipping point that we cannot avert. We will indeed drive the car over the cliff.”