Education About Interconnectedness Is A Matter Of Human Survival 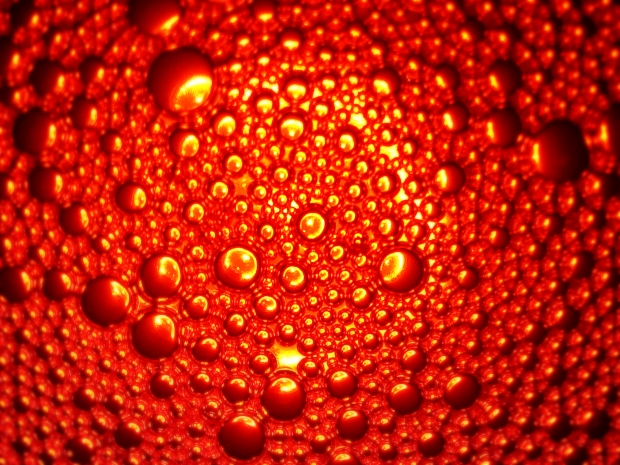 Unfortunately, too few people have understood the evidence, or have grasped the true scope and significance of the environment. The systemic explanation of the causes of environmental deterioration and disaster is radical in a fundamental sense, i.e. reaching for root causes. People commonly perceive their ‘environment’ as the total of numerous separate interrelationships that have no apparent connections. In fact, these interactive relationships are ultimately, even though remotely, connected.

Although humans consciously interact with the total environment only in relation to particular aspects or elements, survival as a species may depend upon their understanding that those interactions occur within the infinitely greater and more complex systemic reality.

Science is progressively enlarging our awareness of this greater environmental context. Its ubiquitous complexity explains the rationale for the aphorism that ‘you can never do just one thing.'”

Today’s Social Behavior Is At Odds With An Interconnected Approach

The modern view of progress has been distorted psychologically in a way that has obscured its cumulative adverse impacts on humanity.

Human behavior, while driven by forces both internal (cerebral) and external (environmental), is moved by perception.

How people interpret what they perceive is largely determined by their own experience within their culture, and is a legacy of generations past, transmitting interpretations of reality which may persist as after-images even though the reality has in fact changed.

The man-nature dichotomy, the conquest of nature ideology, material expansion, and perpetual growth have long been dominant themes of modernity. They continue to be a mantra of social behavior, albeit increasingly at odds with science-based holistic systemic perceptions of reality.”

Moreover the ‘system’ is synergistic in that changes affecting one aspect of the system may cause changes in other parts of the system. It is truly impossible to do just one thing. Yet few people appear to understand that the ultimate environment is an interactive system and more, because it exists within a dynamic cosmos without which our living world is inconceivable.

The systems synergistics concept implies an ultimate unity of knowledge, elaborated recently in writings by E.O. Wilson (e.g., Consilience: The Unity of Knowledge, 1998).Yet our published knowledge of the world remains largely specialized and segregated. This may be unavoidable if research is to advance detailed knowledge.

But there is also need to appreciate the connective, integrative, interactive aspects of holistic knowledge which we seem poorly equipped to comprehend, but ignore at our peril.

These possible root causes may be examined separately, but in the human persona they integrate to form a coherent outlook on life. The vision may be erroneous yet satisfying to a human urge for coherence and consistence with a personal view of self interest.

The most basic and important questions regarding human behavior have yet to be answered empirically by the sciences of the brain and nervous system, complemented by sociobiology. Our assumptions today are largely based upon inference. Yet inference, drawing on human history and observed behavior, may lead to pertinent questions and hopefully to reliable hypotheses toward averting hazards to the future. Returning to our question: Have the evolved capabilities of the human mind and culture failed thus far to sufficiently equip humanity to comprehend and evaluate the consequences – good or bad – of its accelerating far-reaching impact upon its environment and thereby upon itself? Jay W. Forrester, systems scientist at MIT, thought so, and in a 1971 article published in Technology Review he wrote:

‘It is my basic theme that the human mind is not adapted to interpreting how social systems behave. Our social systems belong to the class called multi-loop nonlinear feedback systems. In the long history of evolution it has not been necessary for man to understand these systems until very recent historical times. Evolutionary processes have not given us the mental skill needed to properly interpret the dynamic behavior of the systems of which we have now become a part.’”

The Success Of Our Future Depends On Education About Interconnectedness

Any successful society must be an educational institution. However great its commitment to individual freedom and diversity, it needs a code of civic virtue and a general devotion to the common enterprises without which it cannot flourish or survive.

Will a critical mass of society accept the leadership required to move humanity toward a sustainable and sanative future? The state of the world today may justify hope, but does not encourage optimism. Hope for a preferable future will be of little avail unless joined to action.

The resources needed to sustain mankind’s tenancy on Earth are present and available. How they will be used will determine the future insofar as that future may be shaped by human minds and hands.

All excerpts in this post are quoted from Dr. Lynton Keith Caldwell’s “Is Humanity Destined to Self-Destruct?.” Dr. Caldwell was a political scientist and principal architect of the 1969 National Environmental Policy Act.