How to Catch a Case of “Happy”

A strange thing happened in Tanzania in 1962. At a mission boarding school near Lake Victoria in the Bacoba District, there was an epidemic of laughter. And this was not just a few schoolgirls sharing a joke. An irresistible desire to laugh broke out and spread from person to person until more than one thousand people were affected.

The affliction had an abrupt onset, and the initial bout of laugher lasted between a few minutes and a few hours in those affected. This was followed by a period of normal behavior, then typically a few relapses over the course of up to sixteen days. In what was to be a clue about the real nature of this epidemic, the victims often described feeling restless and fearful, despite their laughter.

The physicians who first investigated and reported on the outbreak – Dr. Rankin, the faculty member at Makerere University, and Dr. Philip, the medical officer of the Bukoba District – were extremely thorough. They found that each new patient had contact with another person suffering from the malady. They were able to observe that the incubation period between onset of symptoms ranged from a few hours to a few days. Thankfully, as they intoned without irony, “no fatal cases were reported.” Afflicted persons recovered fully.

The epidemic began on January 30, 1962, when three girls aged twelve to eighteen started laughing uncontrollably. It spread rapidly, and soon most people at the school had a serious case of giggles. By March 18, ninety five out of the 159 pupils were affected, and the school was forced to close. The pupils went home to their villages and towns. Ten days later, the uncontrollable laughter broke out in the village of Nshamba, fifty five miles away, where some of the students had gone. A total of 217 people were affected. Other girls returned to their village near the Ramanshenys Girls’ Middle School, and the epidemic spread to this school in mid-June. It too was forced to close when forty eight of 154 students were stricken with uncontrollable laughter. Another outbreak occurred in the village of Kanyangereka on June 18th again, when the girl went home. The outbreak started with her immediate family and spread to two nearby boys’ schools, and those schools were forced to close. After a few months, the epidemic petered out.

This anecdote, taken from the recently published book “Connected” by Nicholas A. Christakis and James H. Fowler, illustrates with alarming clarity the surprising effect of a network of individuals on people who make up that network. But if laughter can become a contagion carried through the connections of a social network, what other qualities can be transferred in the same manner?

Mankind has been engaged in the pursuit of happiness for thousands of years, but it still eludes most of us. What can bring us to this longed-for state of well-being, pleasure, contentment, and joy, and help us stay there? Experts from Harvard and the University of California at San Diego have just released the results of a 20-year study of happiness, revealing that happiness is… well, contagious. That’s right – just like you can catch a cold from your friends, you can catch a case of “happy!”

In an article called “The Happiness Effect,” Time Magazine summarizes this ground-breaking research that has caused a sensation: “Christakis and Fowler explored the emotional state of nearly 5,000 people and the more than 50,000 social ties they shared. … That led to their intriguing finding of just how contagious happiness can be: if a subject’s friend was happy, that subject was 15% more likely to be happy too; if that friend’s friend was happy, the original subject was 10% more likely to be so. Even if the subject’s friend friend’s friend – entirely unknown to the subject – was happy, the subject still got a 5.6% boost.”

As it turns out, this “happiness effect” has been known for thousands of years. But with further research, we find out that we have the ability to mutually “infect” (or energize) each other with happiness in such a way that everyone in the world will be 100% happy!  “But,” you will rightly object, “How can we infect each other with happiness if most of us don’t feel much of it?” That’s no excuse, because there is another technique that science has now caught on to, as well: just by forcing yourself to smile (artificially), not only will you instantly feel happier, but others will perceive your smile as real. This will, in turn, make them feel happier and more joyful, and the joy will come right back to you through someone else. If all of us participate in this game of “Fake it until you make it,” before we know it, the happiness epidemic will spread to every corner of the world!

The possibilities are endless. Aside from undertaking how we choose our mates, how we vote, or how healthy we can be, we can use this understanding to promote new social values, enhance ideas that serve humanity as a whole, and weed out those concepts that don’t serve us any longer. Infection never looked so good. 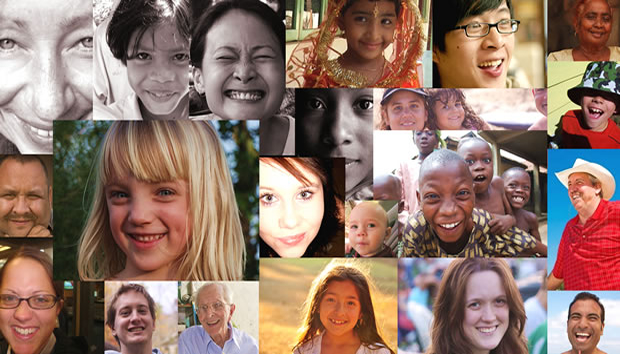