Hurricane Sandy’s Wake Up Call: What Will It Take To Bring People Into Balance With Nature? 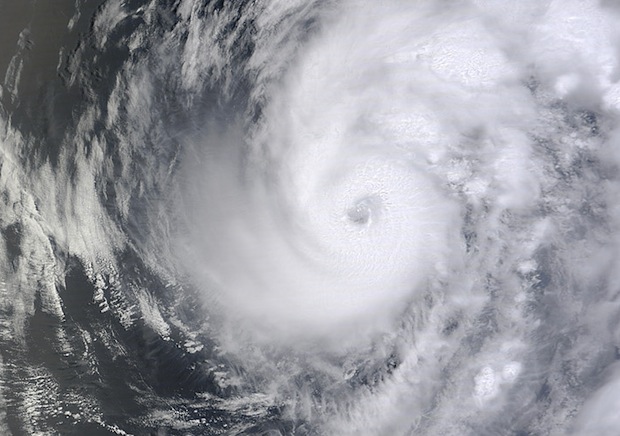 The article “The politics of Hurricane Sandy” on the pages of The Economist, analyzes the election campaign consequences of the devastating Hurricane sweeping the US East Coast:

Is Hurricane Sandy capable of altering the election result? The presidential candidates are hunkering down and trying to avoid looking partisan as this big, wet storm heads for the eastern seaboard. But any number of calculations are being made by the campaigns. Plausible arguments are flying, explaining why this storm is bad news, or is it good news, for both sides.”

The instinctive behavior of politicians immediately thinking how they can benefit or lose as a result of a natural catastrophe is a very typical human reaction, since people’s subjective perception assesses things from the “What is in it for me?” vantage point.

In truth this behavior is completely the opposite to how we should be looking at the current events. Many people would say that humans have nothing to do with these storms, hurricanes, volcanic eruptions or earthquakes. Every time there is a debate about global warming, or other man-made affects on the environment,  many people, including leaders and scientists try everything they can do to prove that humanity, human behavior has nothing to do with these “cyclical natural” changes.

Instead Of The Subjective Examination & The Denial Of Human Involvement In Natural, Environmental Changes, People Need To Examine The “Human Effect” In The Earth’s Living Ecosystem

A step by step examination, looking at the world in terms of the dynamics of living ecosystems, might suggest a different picture, where perhaps even such changes as earthquakes and volcanic eruptions have relation to how human beings behave.

If humanity wants to “pacify” nature, moreover wants to survive as a species within the evolutionary process there is no other choice but to reveal and follow the basic principles of the natural system, principles people all know very well from their own body’s biology and physiology.

Humanity Needs To Accept & Understand That As Any Other Living Species, It Is Part Of A Vast “Self Adjusting” Natural System, Infinitely Greater Than The Human Species

Humanity has to give up the misunderstanding that people are above nature and can control it, or that natural laws do not apply to humans, or that evolution has stopped by the emergence of a modern humanity. Hurricane Sandy as well as the many other natural disasters where people can neither properly predict or defend themselves, are timely reminders of this fact.

A Predictable And Sustainable Future Is Possible If Humanity Settles Into The Interconnected Natural System As Its Partner, Adapting To Its Laws & Principles

The superiority of human beings above other animals comes from the fact that humans are capable of changing themselves. To be more precise, to change their inherent self centered nature in order to achieve balance in human society and between humanity and the environment. Animals, on the other hand, are instinctively balanced with nature. This conscious change and adaption, if it were to happen, would give people total control over the whole system, to the extent that they remain benevolent partners with it.