Now You Can Understand Why Connecting To Other People Is Great, Thanks To This Shouting Sociologist 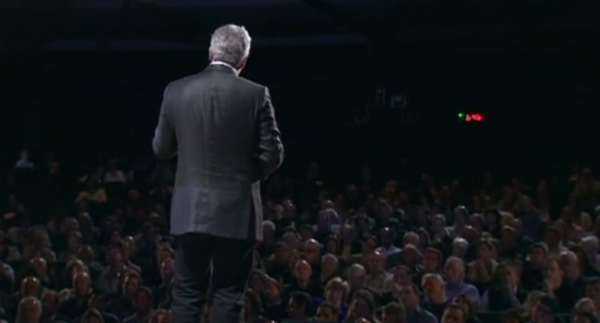 The benefits of a connected life outweigh the costs!”

Nicholas Christakis, MD PhD, in his powerful TED Talk “The Hidden Influence of Social Networks,” lays down the omnipotent role of social networks and the benefits of connecting with other people…

We form social networks because the benefits of a connected life outweigh the costs. If I was always violent towards you or gave you misinformation or made you sad or infected you with deadly germs, you would cut the ties to me, and the network would disintegrate.

If we realized how valuable social networks are, we’d spend a lot more time nourishing them and sustaining them, because I think social networks are fundamentally related to goodness. And what I think the world needs now is more connections.”

An Example Showing How Certain Properties Reside Not In Individual Parts, But In The Interconnections Between Them

Think about these two common objects. They’re both made of carbon, and yet one of them has carbon atoms in it that are arranged in one particular way – on the left – and you get graphite, which is soft and dark.

So, similarly, the pattern of connections among people confers upon the groups of people different properties. It is the ties between people that makes the whole greater than the sum of its parts. And so it is not just what’s happening to these people – whether they’re losing weight or gaining weight, or becoming rich or becoming poor, or becoming happy or not becoming happy – that affects us; it’s also the actual architecture of the ties around us.”

Human Beings Are Not Reducible To The Study Of Individuals, But Must Be Understood In Reference To The Collective

Our experience of the world depends on the actual structure of the networks in which we’re residing and on all the kinds of things that ripple and flow through the network. Now, the reason, I think, that this is the case is that human beings assemble themselves and form a kind of superorganism.

Now, a superorganism is a collection of individuals which show or evince behaviors or phenomena that are not reducible to the study of individuals and that must be understood by reference to, and by studying, the collective. Like, for example, a hive of bees that’s finding a new nesting site, or a flock of birds that’s evading a predator, or a flock of birds that’s able to pool its wisdom and navigate and find a tiny speck of an island in the middle of the Pacific, or a pack of wolves that’s able to bring down larger prey.

Superorganisms have properties that cannot be understood just by studying the individuals. I think understanding social networks and how they form and operate can help us understand not just health and emotions but all kinds of other phenomena – like crime, and warfare, and economic phenomena like bank runs and market crashes and the adoption of innovation and the spread of product adoption.”