The Asch Experiment: Can Social Influence Distort Your Perception?

This is a conclusion from what is known as “The Asch Experiment,” an experiment originally conceived in the 1950’s by Social Psychologist Solomon Asch, demonstrated in the video below [2 min.]:

The 3 Levels of Distortion

As indicated in Martin Shepard’s video about conformity  [10 min.], “Asch proposed conformity could be explained by distortions occurring at any of three levels: perception, judgment and action.” 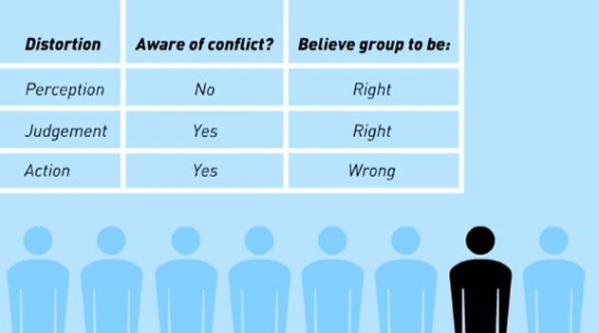