The Wisdom Of The Crowd – How We Are Smarter & Stronger Together 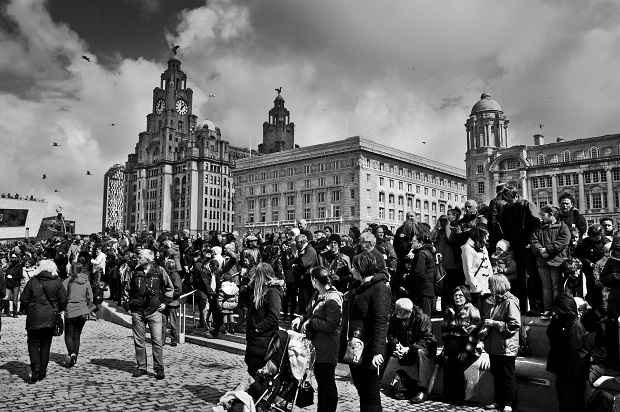 In an election year, people might disagree about who makes the best candidate. But you don’t hear much argument on the merits of democracy: that millions of average people can together make a wise decision.”

What Is The Wisdom Of The Crowd?

According to Wikipedia, [which is itself an excellent example of the wisdom of the crowd]:

The wisdom of the crowd is the process of taking into account the collective opinion of a group of individuals rather than a single expert to answer a question. A large group’s aggregated answers to questions involving quantity estimation, general world knowledge, and spatial reasoning has generally been found to be as good as, and often better than, the answer given by any of the individuals within the group. An intuitive and often-cited explanation for this phenomenon is that there is idiosyncratic noise associated with each individual judgment, and taking the average over a large number of responses will go some way toward canceling the effect of this noise.”

The following video shows how the wisdom of the crowds has been implemented:

Can The Wisdom Of The Crowds Be Extended Past The Definition Provided Above?

I’ve been studying nature recently… starlings in the area around Edinburgh, in the moors of England… at night they come together and they create one of the most spectacular things in all of nature, and it’s called a murmuration… this thing has a function; it protects the birds. You can see on the right here, there is a predator being chased away by the collective power of the birds. Apparently this is a frightening thing if you are a predator of starlings. And, there’s leadership, but there’s no one leader.

Now is this some kind of fanciful analogy, or can we actually learn something from this?

.. this is a huge collaboration, it’s an openness, it’s a sharing of all kinds of information, not just about location and trajectory and danger and so on, but about food sources. And, there’s a real sense of interdependence, [that] the individual birds somehow understand that their interests are in the interest of the collective. Perhaps like we should understand that business can’t succeed in a world that’s failing.

Well, I look at this thing and I get a lot of hope. I think about the kids today in the Arab Spring and you see something like this that’s underway. And imagine, just consider this idea if you would, what if we could connect ourselves in this world through a vast network of air and glass? Could we go beyond just sharing information and knowledge, could we start to share our intelligence?

Could we create some kind of collective intelligence that goes beyond an individual or a group or a team, to create perhaps some kind of consciousness on a global basis? Well, if we could do this, we could attack some big problems in the world.

And I look at this thing and I, I don’t know, I get a lot of hope that maybe this smaller networked, open world that our kids inherit, might be a better one. And that this new age of networked intelligence can be an age of promise fulfilled and of peril unrequited. Let’s do this. Thank you.”

Image: “Waiting in the sun for giants.” by Simon Harrod on Flickr.