Occupy Love: A Film That Captures The Global (R)evolution Of Compassion In Action

Occupy Love will be a moving, transformative feature documentary that asks the question: how are the economic and ecological crises we are facing today a great love story?

A profound shift is taking place all over the world. Humanity is waking up to the fact that the current system that dominates the planet is failing to provide us with health, happiness or meaning. The dominant paradigm is based on separation, as exemplified by the financial system, and the corporate emphasis of profits before people.”

This crisis has become the catalyst for a profound transformation: millions of people are deciding that enough is enough – the time has come to create a new world, a world that works for all life. We have experienced an extraordinary year of change, from the Arab Spring, to the European Summer, and now, erupting into North America: the Occupy Movement.

This is a revolution rooted in compassion, direct democracy, and shared power, as opposed to the ‘power over’ model of the corporate world view. The new story is one of Inter-dependence. Love is the movement.”

Humanity’s ascent is often measured by the speed of progress. But what if progress is actually spiraling us downwards, towards collapse? Ronald Wright, whose best-seller, A Short History Of Progress inspired Surviving Progress, shows how past civilizations were destroyed by “progress traps” – alluring technologies and belief systems that serve immediate needs, but ransom the future. As pressure on the world’s resources accelerates and financial elites bankrupt nations, can our globally-entwined civilization escape a final, catastrophic progress trap? With potent images and illuminating insights from thinkers who have probed our genes, our brains, and our social behavior, this requiem to progress-as-usual also poses a challenge: to prove that making apes smarter isn’t an evolutionary dead-end.”

Quotes from Some of the Speakers

Ronald Wright, Author of A Short History of Progress, the book which inspired this film
“If civilization is to survive, it must live on the interest, not the capital, of nature.” 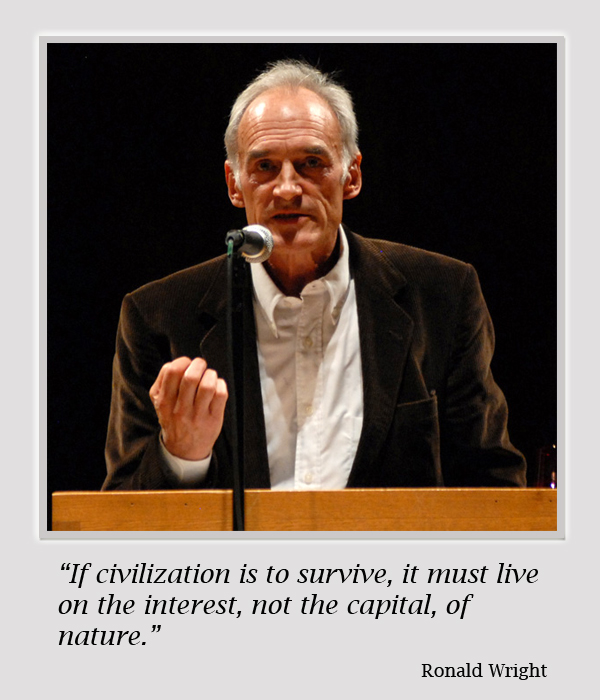 Jane Goodall, primatologist
“Arguably, we are the most intellectual creature that’s ever walked on planet Earth. So how come, then, that this so intellectual being is destroying its only home ?” 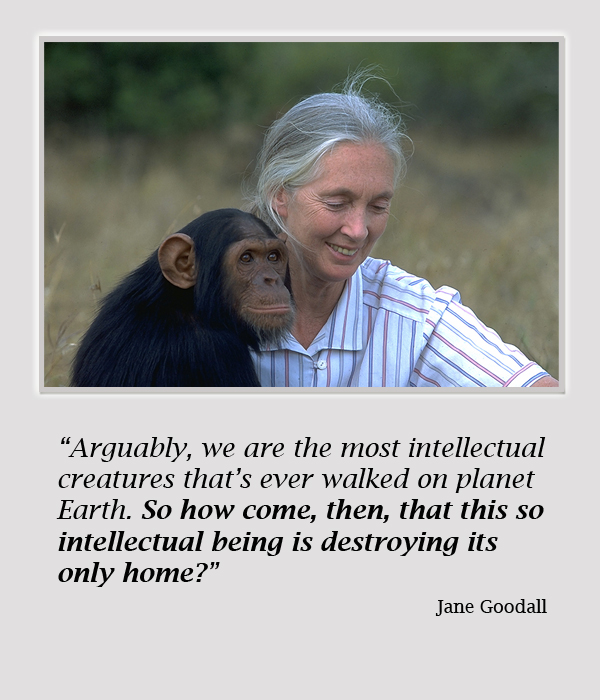 Stephen Hawking, theoretical physicist
“We are entering an increasingly dangerous period of our history. But I’m an optimist.” 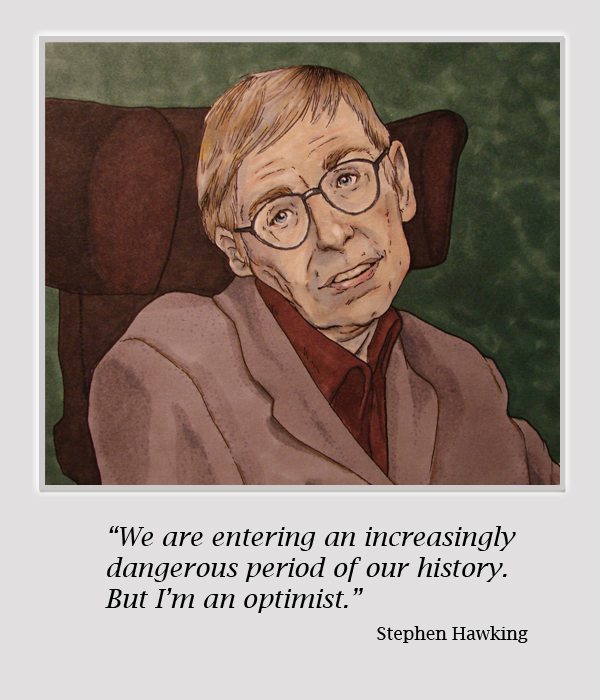 Simon Johnson, former chief economist International Monetary Fund
The bankers can’t stop themselves. It’s in their DNA, in the DNA of their organizations, to take massive risks, to pay themselves ridiculous salaries and to collapse…”

Marina Silva, senator & former Minister of the Environment, Brazil
It is impossible to defend models that cannot be universally applied because we would have to start from a premise that some people have rights and some don’t. Thus there is no technological problem, but an ethical one.”

David Suzuki, geneticist / activist
Money doesn’t stand for anything and money now grows faster than the real world. Conventional economics is a form of brain damage.” 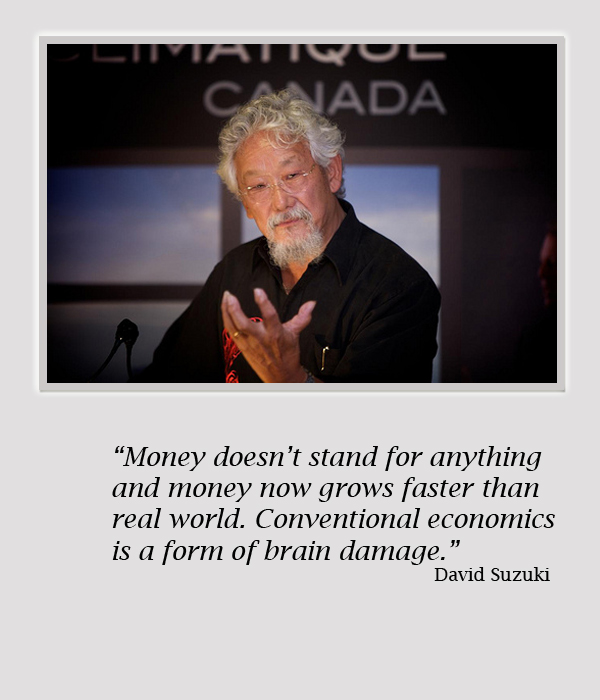