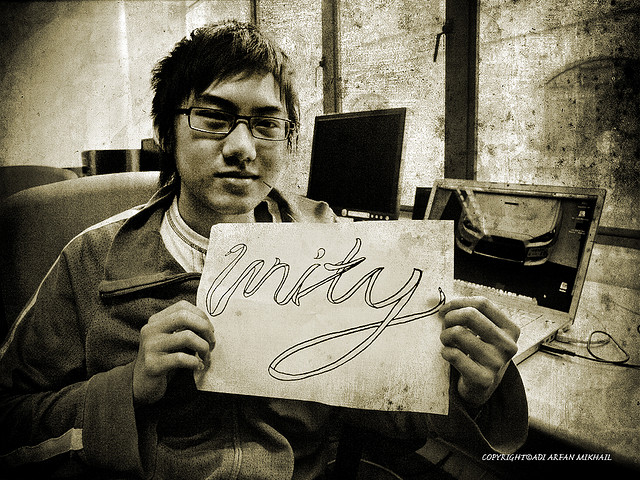 When it comes to the implementation of a new idea, whether it is in science, economics, culture, etc.—every idea, if it is new, has an uphill battle to undertake. When Galileo proposed that the earth revolved around the sun, and not the other way around, it was the beginning of that idea’s long trek up the hill of what had previously been thought. It was a similar trek walked by the idea of natural selection proposed by Darwin, or by Edison numerous times, or by hip hop to become accepted as a respectable form of music.

And so it is now with the idea of mutual responsibility. Just as the earth revolving around the sun suffered through past arguments to the contrary, mutual responsibility does likewise. It has been said to be some sort of form of communism or socialism, a utopian idea, etc. But every new idea undergoes this sort of critique before it, if it has merit, is eventually accepted.

Does Mutual Responsibility Have Merit As An Idea?

When thinking of the idea of mutual responsibility, where instead of a person valuing individual ideals, or loose collective ideals for the sake of receiving one’s needs and not suffering harm from the rest of society; its value in an increasingly interconnected and interdependent world should be becoming apparent.

Because if it can be shown that society, global society, is suffering as a result of interdependence not being valued, and that this then leads to the development of crises on all levels (economic, interpersonal relations, communities, states, nations, international relations), then what idea other than mutual responsibility—where people agree to mutual conduct and responsibility for everyone—is more natural?

It is conceivable that through the prolonging of the current global crisis (in education, culture, economics, climate change, health, and international relations) that mutual responsibility could be arrived at by masses of people through persistent suffering.

But such a path—suffering—is not desirable. This path requires conditions similar to osmosis: A concentration gradient where, here, an idea eventually passes through the barrier of what is accepted and what is not due to concentration, i.e. here suffering increases to a point where it passes through its barrier.

The other path is that of education.

If a child in school learns about ethics, about what society deems good and bad, and then is put into an environment where such ethics are not valued, then that child will forsake his or her learning due to society’s influence. This is why mutual responsibility, in addition to it being taught, must have a practical application in the form of community involvement.

It is similar to someone who wishes to quit smoking. Does a person who desires to stop smoking congregate closely with those who smoke? Of course not, that is if they are serious about no longer smoking. Because the influence of society, of the smokers on that person, will be an inhibiting force.

If a person reaches the conclusion that mutual responsibility is needed in order to create a healthily functioning society, and as such wishes to develop an attitude of mutual responsibility, he or she needs to be surrounded by those who also hold this idea with regard.

Even still, although education and community involvement are needed for mutual responsibility to grow to be an accepted idea, it is still not enough. This is because although small groups of people, or even whole communities, can hold this idea, it would still not be on the level needed for a global society that is interconnected and interdependent to be swayed.

That being said, there is an interesting phenomenon known as “critical mass.” It is the concept that once an idea is held by ten percent of a population that idea suddenly begins to spread rapidly and its growth is sustained. As a result, the conundrum of living in a global society which knows little about its interconnection and interdependence also holds a shining light: It provides a network of connections that allows for the transmittance of ideas rapidly.

As a result, with new education, community involvement, and the transmittance of the idea of mutual responsibility through social networks (physical and virtual), it is conceivable that critical mass, as a result of the prolonging of the global crisis, could be reached rather quickly.

The continued spread of the idea would then be the result of self-perpetuating motion.