Our New ‘We’ Generation

commencement address for graduating psychology students at the University of California, Berkeley, asking them to look for the best in themselves and in humanity.

In 1986, Ivan Boesky, of insider trading fame, gave a graduation speech on this very same Berkeley campus of free speech and Nobel laureates. That day he declared, ‘Greed is healthy.’Below are some powerful excerpts from his speech.

A year later in the movie Wall Street, Gordon Gekko famously turned that phrase into, ‘Greed is good.’ This battle cry was part of a pendulum swing seen before in history, one that expressed a certain view of who we are as a species. We are selfish gratification machines. Happiness is found in material pursuits. Other people’s concerns are not our own. Altruism is an illusion. The bad in human nature is stronger than the good.”

Can A System Teaching Self

Interest Gain At The Expense Of Everyone And Thing Provide Us A Beneficial Society? 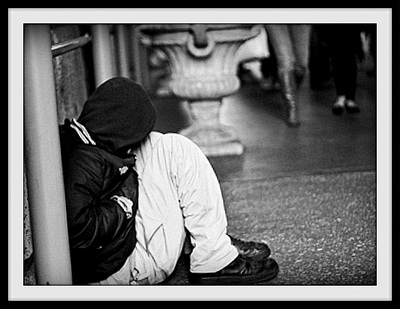 That phrase and its accompanying ideology was the mantra of my generation, and scientific studies show it brought us:

We can care because we have evolved the capacity to rise above the loud demands of the internal voice of self-interest, and imagine the minds, interests, and concerns of others. This empathic flight is enabled by mirror neurons and large portions of the prefrontal cortex of the brain. It is enabled by our wildly contagious tendencies.

Recent studies of a community in Massachusetts find that all manner of tendencies—dietary habits, anxiety, sadness, hope and happiness, and generosity—spread through neighborhoods as readily as flues and colds. Recent studies find that when we give to a stranger, that stranger goes on to give seven percent more in interactions in which we are no longer present.

We are separated by the boundaries of our skin, we are separate constellations of trillions of cells, but in the reaches of our mind we are connected to one another. Other people’s gains and costs can become our own. And in these acts of empathy, where we see the world through the eyes of others, we come to understand that we all suffer, we all yearn for the happiness of our children. We come to see that we share a common humanity.”

The beginnings of love and caring can manifest when humans begin to connect with what is external from themselves. Our young generation shows great potential to begin building an influential environment towards this direction. 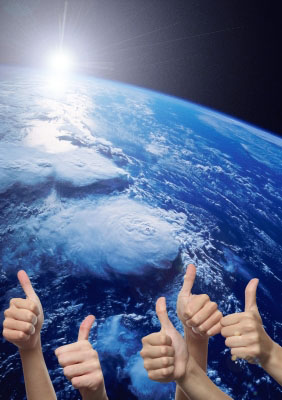 In the words of the poet Percey Shell The great secret of morals is love, or a going out of our own nature, and an identification of ourselves with the beautiful which exists in thought, action, or person, not our own. A man, to be greatly good, must imagine intensely and comprehensively; he must put himself in the place of another and of many others; the pains and pleasures of his species must become his own. The great instrument of moral good is the imagination.”

And you are something more. I hear it in the new questions you ask in the classroom and in your research, and I see it in your actions in the world. You’re using psychological science to humanize the criminal justice system, destigmatize mental illness, create nurturing environments that build stronger connections in the frontal lobes, reduce stress—our biggest killer—in the health care system, make Facebook kinder.

You are Generation We. And I don’t mean the video game console Wii; or “wee” in the British sense of meaning “small”; or “oui” the French word for yes; or “we” like what a two year old says when he has to go to the bathroom.

I mean “we” as in us, we as in this human species, we as in common humanity, we as in all sentient beings.”

Dacher Keltner is currently a Professor of Psychology at U.C. Berkeley and founding faculty director of the Greater Good Science Center and co-editor of the magazine Greater Good, an interdisciplinary center that is translating the new science of happiness and compassion to thousands of educators, practitioners, parents, and concerned citizens. The above excerpts were taken from the article: Generation Wii… or Generation We?