Dr. Philip Zimbardo, Professor Emeritus of Psychology at Stanford University, and who once conducted the now famous Stanford Prison Experiment, recently related the results of that 1971 experiment to the abuse discovered at Abu Ghraib. He said,

When the images of the abuse and torture in Abu Ghraib were revealed, immediately the military went on the defensive saying it’s a few bad apples. When we see people do bad things we assume they are bad people to begin with. But what we know in our study is: there are a set of social psychological variables that can make ordinary people do things they could never have imagined doing.”

The Stanford Prison Experiment was conducted over a six day period in a mock prison environment in the basement of one of the buildings at Stanford University. It demonstrated how ordinary people can perpetrate extraordinary abuses when placed in a cruel environment without clear rules, as shown in this short documenatry [13 min].

What Happens When You Put Good People In Evil Places? 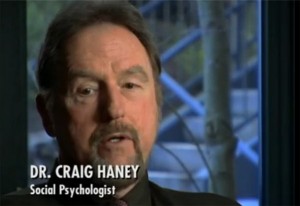 Dr. Craig Haney, a social psychologist participating in the Stanford experiment said of it,

Experiment Participant Relates To The Guards At Abu Ghraib 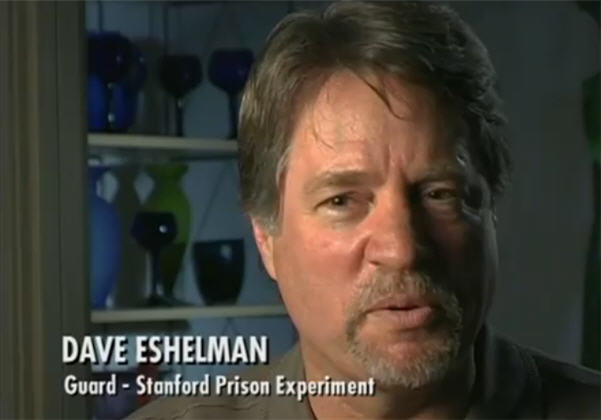 Dave Eshelman, who played the role of a prison guard in the Stanford University mock prison experiment, said of the Abu Ghraib prisoner abuse photos,

What I first saw those photos, immediately a sense of familiarity struck me because I knew I had been there before. I’d been in this type of situation. I knew what was going on – in my mind.”