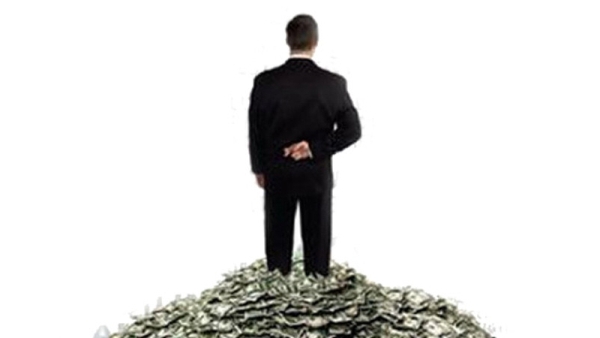 Inside Job presents how a chain of actions and decisions underpinned by increasing self-interest in the U.S. financial sector over the past 50 years has brought the U.S. to its current worsening socio-economic state.

The key point that Inside Job presents is how the “securitization food chain” developed – borrowers, lenders, investment banks, investors, ratings agencies – governed by the commonly held value of maximized self-interest at every rung of the chain. It shows how precisely this chain was the ticking financial crisis time-bomb that exploded in September 2008, the effects of which are felt worldwide until today.

Here’s how maximized self-interest worked at every level of this chain:

This setup presents how the financial crisis of 2008 hit, showing one bankruptcy after another of major firms as the securitization food chain imploded:

Who Is Accountable For The Financial Crisis? A Few People Or Commonly-Held Values That Frame Society?

As the film follows the effects of the 2008 economic meltdown, it searches for a voice to be held accountable among the major players of the financial sector, finding none. No person or group of people could be found responsible, but speaker after speaker, what becomes clarified is that everyone in this chain was simply subjected to the commonly held value of “maximize your profit at any expense.”

As long as everyone in the chain was getting what they wanted, everything seemed fine. However, when the system imploded, resulting in bankers having to lose those profits, and millions of people losing their homes and jobs, it shows how the commonly held value at every layer – “maximize your profit” – is in dire need of a revision.