Mutual, Round Table Discussion Instead Of Exaggerated Scare Tactics 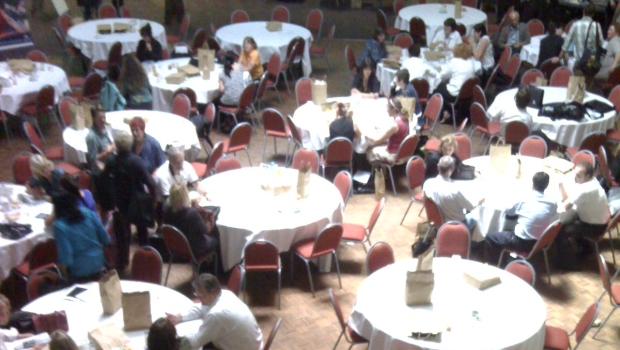 Today The Most Frequently Used Way Of Expressing Opinion Publicly, In Hoping To Gather Support Is Through Exaggerated Scare Tactics

In his article “Scary Pictures” Bjorn Lomborg, an adjunct professor at the Copenhagen Business School, who founded and directs the Copenhagen Consensus Center describes the practice of people exaggerating their findings, claims in order to make greater impact on their target audience, many times scaring them, but by doing so losing their credibility achieving the opposite effect they hoped for.

Campaigners on important but complex issues, annoyed by the length of time required for public deliberations, often react by exaggerating their claims, hoping to force a single solution to the forefront of public debate. But, however well intentioned, scaring the public into a predetermined solution often backfires: when people eventually realize that they have been misled, they lose confidence and interest.”

In truth the practice described in the article is the accepted norm today for politicians, the marketing industry and basically any issue discussed when people try to prove their right.

As the article suggests, most of the time it is based on “good intentions” the exaggerating party usually truly believes in its truth, that it wants the best for others, to the public.

Still it does not change the fact that most of the time these efforts cause more harm than good.

Trying To Convince Others In A Forceful Way, Being Completely Convinced About Our Own ‘Truth’ Originates From Basic Human Nature

This practice originates from the inherent basic human nature, where each and every human being perceives a very limited segment of the whole reality, a segment which is fully filtered by the person’s self-serving calculations, how people always justify their own behavior. People consider this limited picture their truth

Human beings simply cannot behave in any other way, thus any time a single person, or even a group of people on the same opinion express a view, disclose their opinion, it comes out as a very narrow, subjective picture, many times in opposition to other peoples “truth.”

So is there no solution, and humanity will keep stumbling from one fiasco to another as people can simply not trust each other, believe other’s opinion, with 7 billion different “truths” all clashing with each other?

The Solution In Order To Arrive To A Common ‘Truth’ Is Through Mutual, Round Table Discussions

The only solution is mutuality.

Any planning, decision making and action has to be a result of mutual, round table like collaboration between people, which might slow down the process, but at the same time has a much better chance of success, as when people discuss things around a round table as equals, representing all relevant opinions, even the most contrasting, most opposite opinions on the subject, in between them they yield a common point that is the actual truth. By letting their opinions mingle with each other, and by focusing on reaching a mutual consensus, what remains as the collective opinion, above all subjective opinions, is the actual solution to the problem discussed.

In today’s globally interconnected world there is simply no other way of decision making and problem solving.