What Is Happening with Our Youth? More and more youngsters are succumbing to depression and a lack of care and concern for themselves and others which have in turn manifested in reckless behaviors such as drug use, sexual promiscuity, and horrendous acts of violence toward themselves or others. What has brought about the despair our young generation is experiencing today? They are not satisfied with the pleasures that previous generations enjoyed.

As I sit down to read the newspaper, the headlines hit me once again. A teenager stepped into a crowded holiday shopping mall and opened fire, killing eight people. What could lead a young person with a bright future ahead of him to commit such a desperate act? Meanwhile, a dear friend’s niece clings to life in a hospital after swallowing a bottle of pills in a suicide attempt.  Depression among teenagers has reached epidemic proportions.

What is happening to our youth? Aren’t teenagers too young to be overwhelmed by feelings of despair and hopelessness? There are many countries in the world where despair would be understandable—countries where unbelievable hardship, poverty, starvation and violence are a daily reality. But this is the United States—many of these kids come from affluent, loving homes where they have every advantage that money can buy. One would think they should be much more fulfilled than people from countries struggling to feed, educate, and house their citizens, but it is quite the opposite. Depression is a phenomenon that exists in more developed societies and not in ones that are struggling for survive.

At the other end of the spectrum, we see a growing number of people who are stuck in childhood—even into their twenties, thirties and beyond. They might trade in their Hot Wheels toy cars for the real thing and get involved in more expensive “games,” but they are still children, who rebel against any type of responsibility in the adult world. We see the impact in areas as diverse as the breakdown of American families, the record number of bankruptcy filings, and the trouble businesses are having hiring responsible, mature workers. 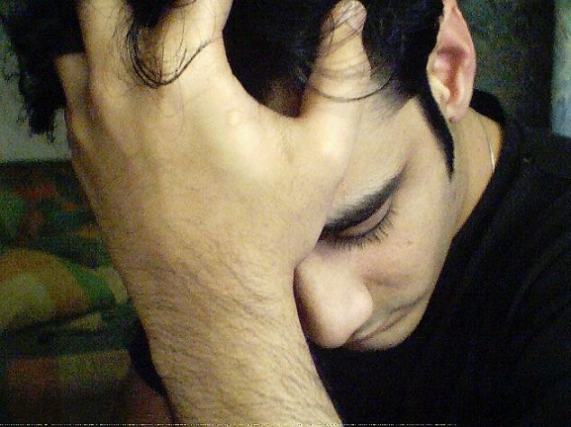 Although it’s hard to admit, both young people and adults are facing a social crisis, and no one seems to quite know why. Talk show hosts have become millionaires by expounding on these problems and interviewing “experts.” Politicians push their proposed social reform programs, and communities pass more and more laws in an effort to control behavior, but these are all knee-jerk reactions to the problem. In order to affect real change, we must find the source of the problem.

In order to identify the reason behind our youth’s behavior, we first have to examine our very nature and see how it evolves. The worldly ancient wisdom, as well as modern psychology, maintain that the motivating force behind all of our actions is our need for pleasure. In other words, every action that a person takes, no matter how small, is prompted by some desire for get satisfied.

But there’s more: this desire for pleasure continuously evolves within humanity, propelling us to constantly seek new kinds of it. This evolution started with our most basic desires: those we must fulfill to survive, such as the need for food, sex and shelter. In other words, ages ago, having a good meal, a mate, and a roof over one’s head was the ultimate bliss.

At a later point in mankind’s evolution, new types of desires emerged—the social ones. These desires emerged when people started to interact within society, which include desire for wealth, fame and power. We have evolved through these wants for thousands of years, actualizing every possible combination and aspect of them. From this perspective, film stars, sports idols or politicians are all “manifestations” of the social desires that evolve within humanity.

But today, a new desire is surfacing in humanity – that we can fulfill neither through physical satisfaction, nor through interaction with each other. This need is still hard for us to define, and we are not certain how to meet it—it is the need to realize the purpose of our existence.Although there have always been individuals in every generation who wondered “Why am I here?”, now is the first time in history when this question arises in masses of people and demands to be answered.

The Price of Dissatisfaction 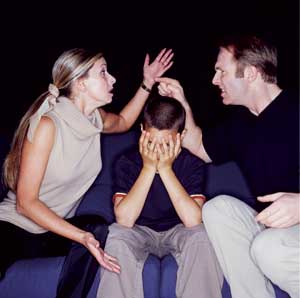 So how does this relate to the crisis our younger generation is facing? Because they are at the peak of the evolution of desires, they inherently sense that money, fame and power will not bring them true happiness. This doesn’t mean that children today have no desire for anything; on the contrary, they have lots: they just don’t know how to satisfy them.

It’s quite simple: If I really want a puppy for my birthday, I’m not going to be happy if you give me a new set of wardrobe. Even if the clothes look really nice on me, they simply won’t match what I internally want . For our youth, it’s like that with any kind of pleasure. They go from one wish to the next at lightening speed, and continue to find themselves unsatisfied.

By the time they are teens, many children are disillusioned and cynical about their parents’ ability to show them how to be happy. They don’t see why they should work hard to achieve the goals that adults set for them. On the other hand, they don’t know what else to strive for.

To us, it may look like today’s kids are lazy, but their lack of motivation is really an expression of hopelessness. In extreme cases, their despair is so painful that life itself seems pointless and suicide seems to be the only answer.

To cope, many teenagers adopt a “life is short; eat dessert first” attitude, spending their time chasing after any pleasure, as long as it is easy to obtain. The result is this “perpetual child,” unable to maintain a family or job, since it requires a real effort. These kids are also vulnerable to the appeal of drugs, alcohol, and get-rich-quick schemes, since all of these promise intense pleasure for virtually no effort. Other teens react to their sense of emptiness with anger, lashing out at parents and society, who have been unable to provide them with a meaningful purpose for their lives. And sometimes, this anger erupts in horrible violence, such as the mall shootings. 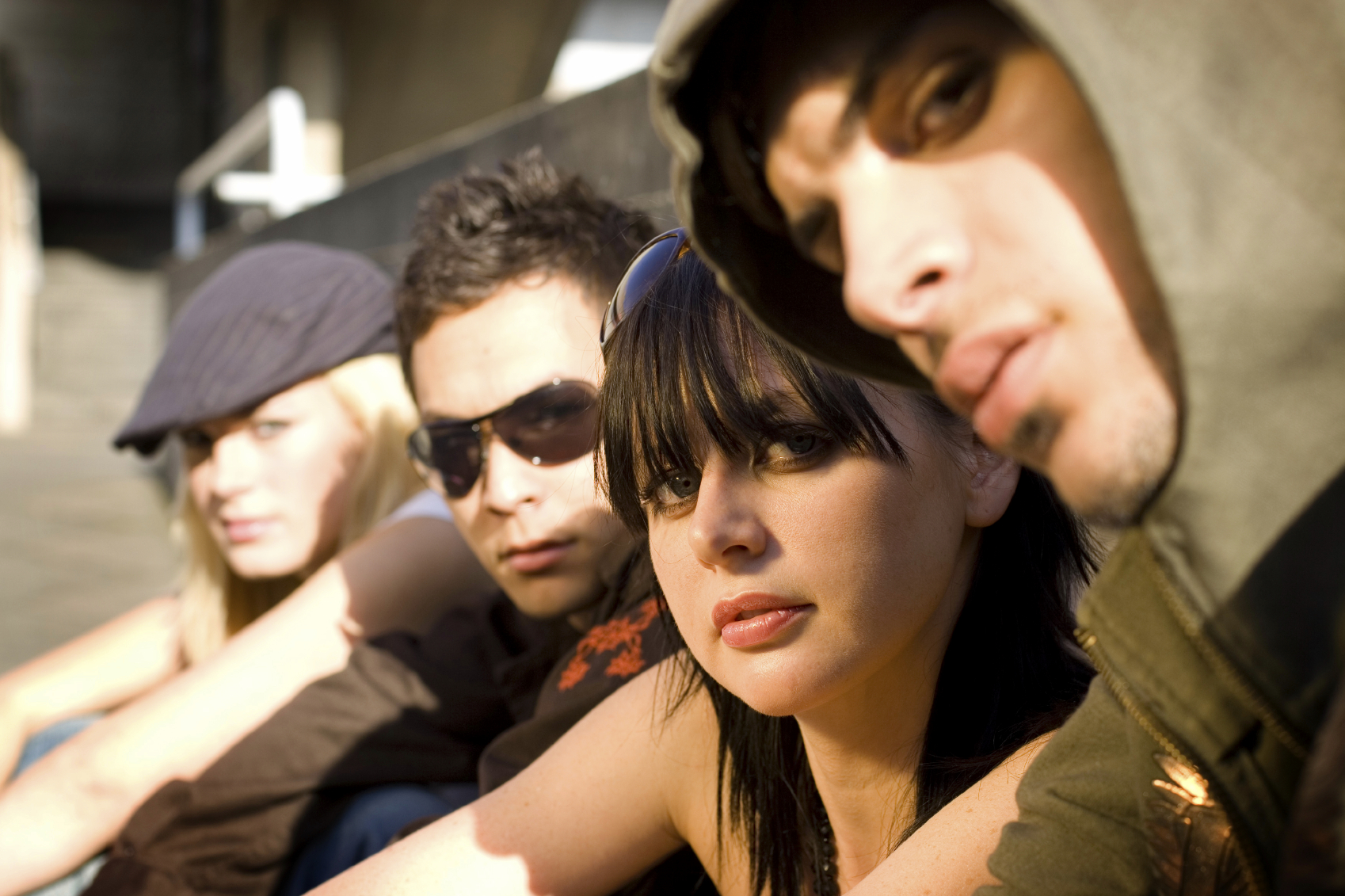 The younger generation’s inability to understand and satisfy their desires is the very source of their problems. Without guidance from previous generations, teens are groping in the dark as they try to find ways to satisfy this nameless desire that lives in the youth of today. The popularity of films such as The Matrix, Lord of the Rings, and Harry Potter reflects the desire for something beyond what we can find in this world. Their interest in New Age practices, mysticism and Eastern philosophies also points to the growing need young people feel to find meaning in life.

In order to help our children, we must let them know that there is a reason for the emptiness and confusion that they feel. We need to show them where they fit into humanity’s general course of development—and let them see that they represent the final stage in the evolution of desires. And we have to provide them with a way to develop and fulfill their desires.

It is our duty to give them a tangible understanding of the purpose of their existence, which lies in conscious choice of a new, higher, reality that we, together, can build – the reality of a harmonious, altruistic society – and, thereby, rise to the next level of human evolution. And once our children know what their purpose is, they will be motivated to go after it. Apathy, anger, depression and despair will give way to the same passionate energy with which their parents and grandparents pursued the “American dream” —the quest for money, honor and fame.

Our children will be able to go places and achieve states of unbounded happiness, but we must provide them with the tools and guidance for their journey. By so doing, we will save them a lot of misery, allow them to find true happiness, and hasten everyone’s way towards the true purpose of existence.