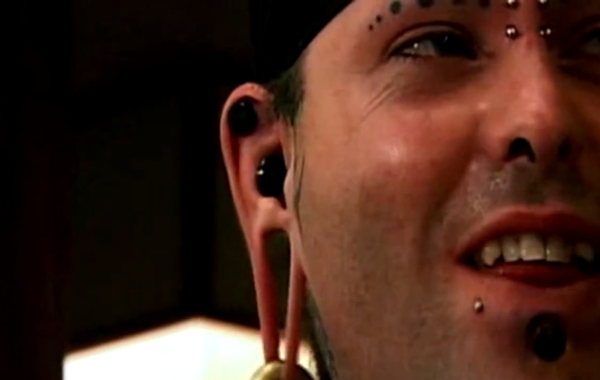 Many scientific researches have shown an obvious fact, that the behavior of a human being is created by the environment. If genes predispose a certain behavior but the environment doesn’t support it, then that behavior won’t manifest, so in this case, genes aren’t important.”

The section ENVIRONMENT in the documentary TROM (The Reality Of Me) shows how the environment shapes human beings’ behaviors via:

Your Experiences Can Change Your Neural Connections 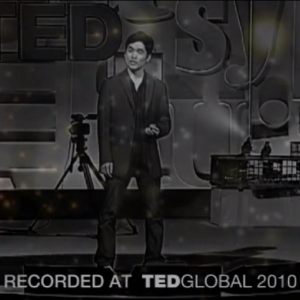 We live in a remarkable time the age of genomics. Your genome is the entire sequence of your DNA. Your sequence and mine are slightly different. That’s why we look different. I’ve got brown eyes you might have blue, or gray; but it’s not just skin-deep.

The headlines tell us that genes can give us scary diseases, maybe even shape our personality, or give us mental disorders. Our genes seem to have awesome power over our destinies, and yet, I would like to think that I am more than my genes.

Likewise, every connectome changes over time.

What kind of changes happen?

2nd question: What causes these changes?

Think about the way you act, your facial expression, the values accepted by you, the way you talk, everything, and remember that they are a result of your environment.” 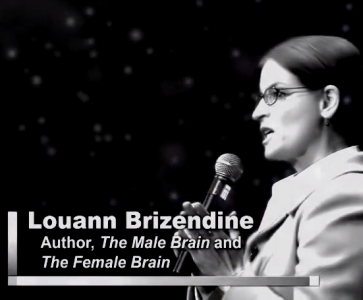 Louann Brizendine, neuropsychiatrist and author of The Female Brain (2006) and The Male Brain (2010), recorded at Dominican University of California, March 31, 2010

The nature nurture debate … is dead … for the following reason: the brain is very, very malleable.

We’re all born with male or female predispositions, and then we’ll have hormones that increase that circuitry for behavior, which is what a hormone is supposed to do. A hormone’s job is to make us predisposed to certain behaviors.

However, the way we’re raised, for example, little boys: Studies have shown that little boys who were told they’re not supposed to touch something, they often will grab it and touch it, whereas a little girl can be given a verbal demand not to touch it.

Little boys worldwide are punished more frequently for transgressions. Little boys are told not to cry, that they’re supposed to “man-up,” right? Even at a young age, dads sometimes are very, very scared if their little boy is showing any version of effeminate behaviors.

For example, I remember flying coast to coast with a guy who sat next to me. He said his 18 month old son, when he saw his 4 year old sister open a present earlier that week, which was a purse, he said, ‘Oh, can I have a purse too?’ And he said he found himself, like someone had kicked him in the stomach, and he just yelled at his eighteen month old son, ‘No, boys don’t have purses!’ He was reporting to me this event, and he felt so ashamed and embarrassed afterwards, because he realized that his little boy wasn’t expressing anything about being effeminate or not.

You can retrain brain circuits, to do a variety of things. All of our life, we are trained, gender trained, to be more one way or the other.

Males: facial expressions for example, when they measure them and put electrodes on them, and show them a grizzly photograph that is supposed to make you cringe and emotional, their facial expressions, versus females, actually showed more emotional response in the time before it becomes conscious. Then right after the one second level when it becomes conscious, their facial muscles start to freeze down for frowning or smiling. In females, facial muscles actually amplify, and the males’ go down. Scientists believe, the hypothesis is, that the males have been trained to suppress an emotional feeling.

There is no such thing as: bad, criminal, lazy, brilliant people, thieves or racists. Only people predisposed to such behavior. But if the environment doesn’t trigger them, the behavior never manifests.” 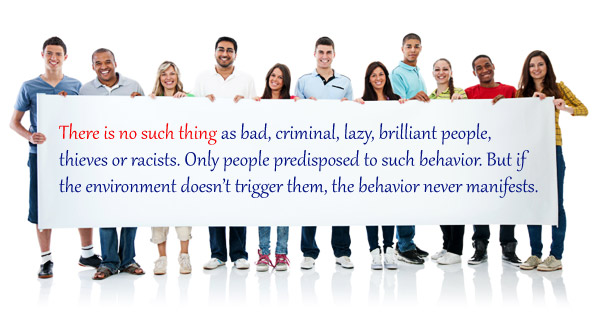 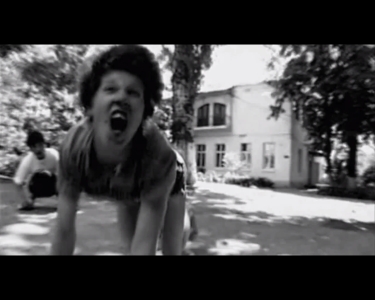 The most extreme case is represented by feral children. A feral child is a human child who has lived isolated from human contact from a very young age, and has no (or little) experience of human care, loving or social behavior, and, crucially, of human language.

Feral children lack the basic social skills which are normally learned in the process of enculturation. For example, they may be unable to learn to use a toilet, have trouble learning to walk upright and display a complete lack of interest in human activity around them.

Oxana Malaya began her life living with dogs, rejected by her mother and father. She somehow survived for six years, living wild, before being taken into care. There are few cases of feral children who’ve been able to fully compensate for the neglect they’ve suffered.

Oxana is now 22, but her future still hangs in the balance. Have scientists learned enough from previous cases to rehabilitate?

For six years, Oxana Malaya spent her life, living in a kennel, with dogs. Totally abandoned by her mother and father, she was discovered, behaving more like an animal, than a human child.

For two centuries, wild children have been the object of fascinating study. Raised without love, or social interaction, wild (or feral) children pose the question: What is it that makes us human?”