The World We’ve Made: Every 5 Seconds A Child Dies From Malnutrition And Hunger 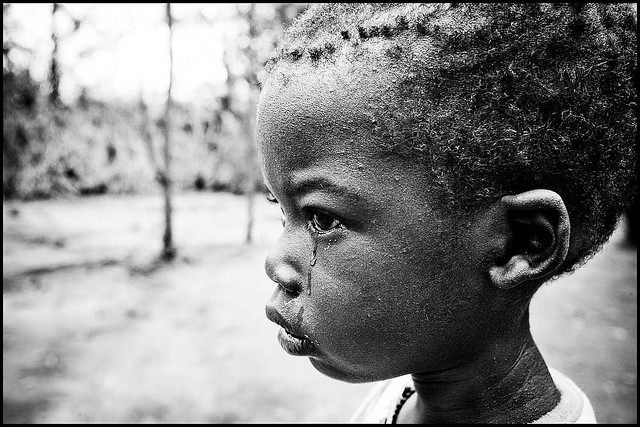 Man can and must prevent the tragedy of famine in the future instead of merely trying with pious regret to salvage the human wreckage of the famine, as he has so often done in the past.”

In a previous post, Agriculture In The 21st Century, the amount of food produced in the world that is wasted (1/3 of food produced) was brought up. In that post, a number of experts were quoted, stating that malnutrition and hunger could be ended if unused food were properly distributed.

The following statistics from the World Food Programme show the severity of the lack of food distribution in the world, chiefly highlighting its affect on the children of the world:

Every five seconds a child dies because of hunger.

Hunger is the world’s no.1 health risk. It kills more people every year than AIDS, malaria and tuberculosis combined.

Asia and the Pacific region is home to over half the world’s population and nearly two thirds of the world’s hungry people.

Undernutrition contributes to five million deaths of children under five each year in developing countries.

More than 70 percent of the world’s underweight children (aged five or less) live in just 10 countries, with more than 50 per cent located in South Asia alone.

Iron deficiency is the most prevalent form of malnutrition worldwide, affecting an estimated 2 billion people. Eradicating iron deficiency can improve national productivity levels by as much as 20 percent.

The Need For Empathy

In famine, a focus on women and children highlights biology: here is a mother who cannot feed her child, a breakdown in the natural order of life. This focus obscures who and what is to blame for the famine, politically and economically, and can lead to the belief that a biological response, more food, will solve the problem.”

The real evil with which we have to contend is not the physical evil of the Famine, but the moral evil of the selfish, perverse and turbulent character of the people.”

In the post before this one, Redefining Prosperity, the issue of prosperity was raised in relation to economics and growth. The same question can easily be posed here as well:

What is the responsibility of those who live in the world in relation to malnutrition and famine?”

What do you think? Write your answer in the comment section below…