What Everybody Ought To Know About Narcissism 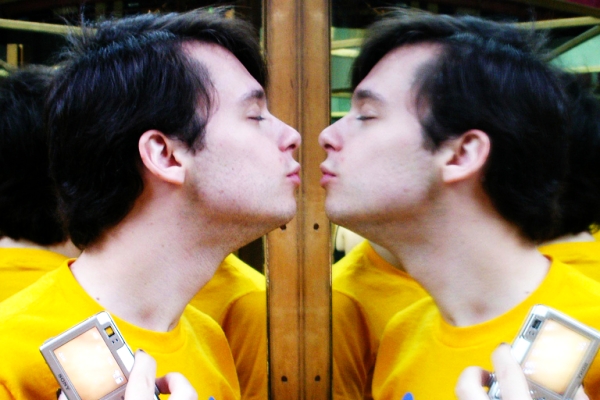 Narcissism increased just as fast as obesity over the past 25 years, and a study today shows that it is twice that rate since 2002.”

– Psychologist Dr. Jean Twenge, author of The Narcissism Epidemic: Living in the Age of Entitlement

The main characteristic of narcissism is self-centeredness.

Narcissism is an inflated sense of self. It is thinking that you are better than you actually are. It is a complicated trait with lots of different correlates to it, but it does include things like seeking fame, attention, vanity, and so on. However, its main characteristic is its self-centeredness.

Narcissism at base is all about trying to get more: more attention, more things, to look more beautiful – it’s always ‘more’ in these rather shallow ways.”

What Is The Difference Between Self Esteem And Narcissism?

Narcissists do not consider caring for others and relationships as being important.

One of the key differences between self esteem and narcissism is that somebody who scores high” (in this psychological examination) “for self esteem but not for narcissism, has a lot of confidence in individual areas but also cares a lot about relationships. Narcissists tend to be missing that piece about caring for others and relationships.”

Narcissism As An Inborn Personality Trait

Narcissism As A Result Of Social & Environmental Influence

The culture you grow up in, parenting and other parts of the environment, play a strong role in determining how narcissistic someone is.”

Narcissism In Culture – The Social Influence Of Narcissism

No parent ever says ‘my goal is to raise a narcissistic kid.’ It’s part of this overall individualistic culture. It comes from the ‘good intentions’ of trying to develop self esteem, from the cultural pressures of uniqueness and standing out.

Over the top reality shows, such as the popular My Super Sweet 16 – rich kids planning their birthday party, who complain if they get the $50,000 car instead of the $100,000 car – have made narcissism seem normal.

A lot of this obsession with celebrities, and of course, a lot of being a celebrity is highly narcissistic in terms of vanity and seeking fame and attention.

He also broke it down: Who were the most narcissistic celebrities? Was it musicians, movie stars, stand-up comedians? No, it was the reality TV stars.

What’s interesting about that is that these shows are supposed to be a slice of real life, and those are the shows that are very popular right now, especially among young people, but what they really are is a showcase for narcissistic behaviors.

Reality TV has taken it to the next level of showing that this is how people really behave, that people always have plastic surgery, and always get into fights with people who are supposed to be their friends, and act badly, and are obsessed with fame.

On the Web and on reality TV, the way to get the most attention, and thus to make the most money, is to be as provocative as possible. So it really pulls for that narcissistic behavior.

It is this culture that seems to encourage this attention seeking, and also encourages that not just fame, but also infamy, is just as good.”

If you’ve grown up your whole life and everything is about you then of course it’s a lot more difficult to compromise in a relationship… if you never compromise you’re not going to be married very long, among other things. Even in a friendship the same is true. You really have to make it not about you all the time.

Narcissists are horrible relationship partners in the long run. It’s really important in a relationship to have two people who are both focused on caring for the other, and not just focused on themselves.”

Narcissism Contributing To The Credit Crisis

Easy credit allows people to look better off than they actually are. For a narcissist, this is great. And even for somebody who isn’t particularly narcissistic, but who got sucked into this narcissistic culture of over-purchasing with intent to pay it off through credit.

One of the key outcomes of narcissism is over-confidence, which explains a lot of how we got into the” credit crisis, recession and bad mortgages “in the first place. Home buyers would think ‘I’d be able to pay for that.’ Bankers as well, not only home owners, would tell them: ‘Housing never goes down! I’m sure everything will be fine with these mortgage backed securities.’ That’s the huge downside of overconfidence, in that reality always wins in the end. This is one of the reasons why we ended up with the recession.”

Remind About How Much We Have In Common As Human Beings

The key to solving some of this is reminding kids, and adults for that matter, just how much we have in common as human beings.”

– All above quotes by Dr. Jean Twenge

Connection With Others Holds Self Centeredness In Check

Make people feel connected and that buffers a lot of bad behaviors.

If you have compassion for others, if you feel connected to others, you’re not going to have that really toxic level of narcissism.

Dr. W. Keith Campbell Discusses Connection As A Means Of Dealing With Narcissism