Can You Change The Future? 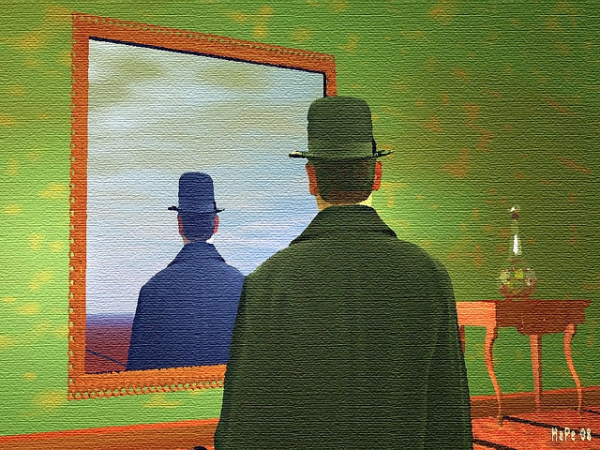 What the people really needed was just some basic common-sense information and advice, somebody to tell them the truth – that their way of life was coming to an end – and to offer them some sensible collective survival strategies.”

Now, You Face A Bleak Future

“A Letter from the Future” is an imaginary letter written in the year 2101 to by a 100 year old Richard Heinberg – senior fellow at the Post Carbon Institute and author of 10 books on issues of energy, the economy and ecology – to people of the world living in our times, about the tough future expected according to tendencies scientists and economists foresee humanity experiencing in the coming century.

It portrays a picture of a humanity struggling to make its way when the life it created for itself throughout the 20th century faces its depletion:

After painting a bleak picture of a suffering humanity dealing with all of the above during the 21st century, Heinberg raises the question…

Can You Change The Future?

Possibly, as a result of reading this letter, you might do something that would change my world [the world of the person living in the year 2101]. … Then, I suppose this letter would change, as would your experience of reading it. And as a result of that, you’d take different actions. We would have set up some kind of cosmic feedback loop between past and future. It’s pretty interesting to think about.

Maybe I should mention that I’ve come to accept a view of history based on what I’ve read about chaos theory. According to the theory, in chaotic systems small changes in initial conditions can lead to big changes in outcomes. Well, human society and history are chaotic systems. Even though most of what people do is determined by material circumstances, they still have some wiggle room, and what they do with that can make a significant difference down the line.”

Read ‘A Letter From The Future’ By Richard Heinberg 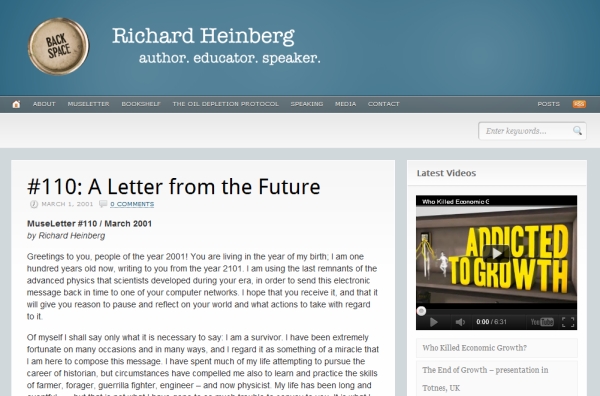 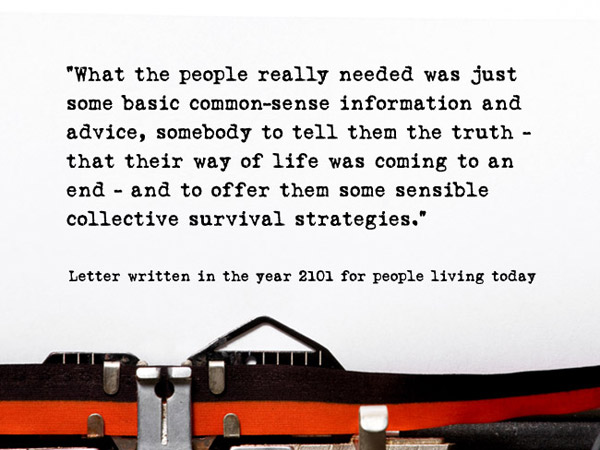 Image: No Identity by HaPe_Gera